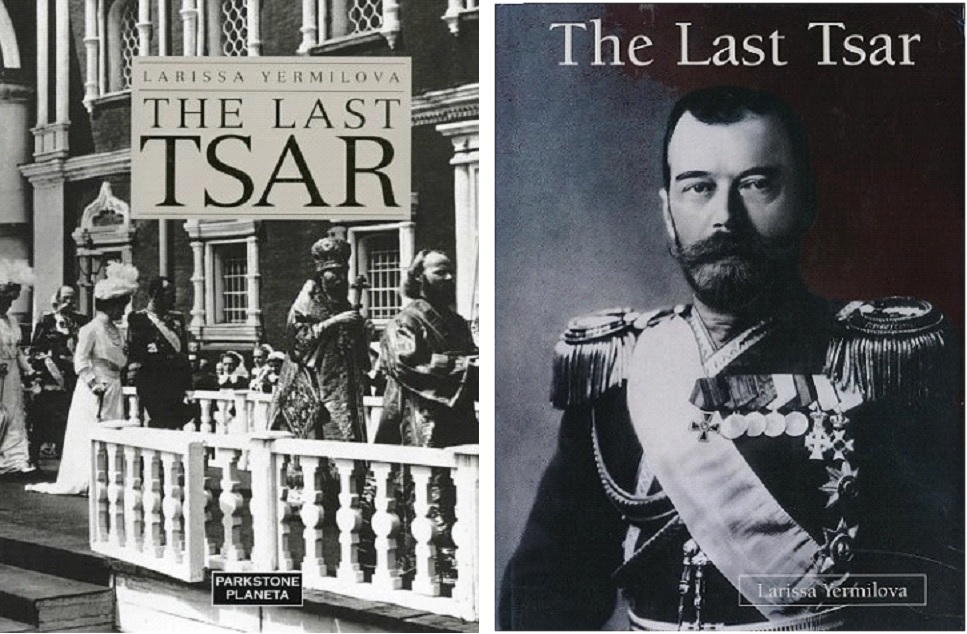 Back in 1996, The Last Tsar by Larissa Yermilova was published, a joint effort by Planeta (Russia) and the Parkstone (UK) publishers. The book was one of numerous pictorials published in the 1990s, after historians were permitted access to the Romanov archives, which housed thousands of never before seen photographs from the private albums on Russia’s last emperor and his family. A second edition was published the following year (1997) in a larger format.

Up until its publication in 1996, the great majority of the photographs used in this book had never been published before, and have rarely been seen even by researchers from the West, having remained hidden in the archives for 70 years, since the 1917 Russian Revolution. The many contemporary photographs depict Russian royalty in ceremonial dress and at leisure in informal surroundings.

The Last Tsar is a large format hardcover, with 255 pages, text in English. The highlight of this book is the illustrations: nearly 300 colour and black and white photographs!