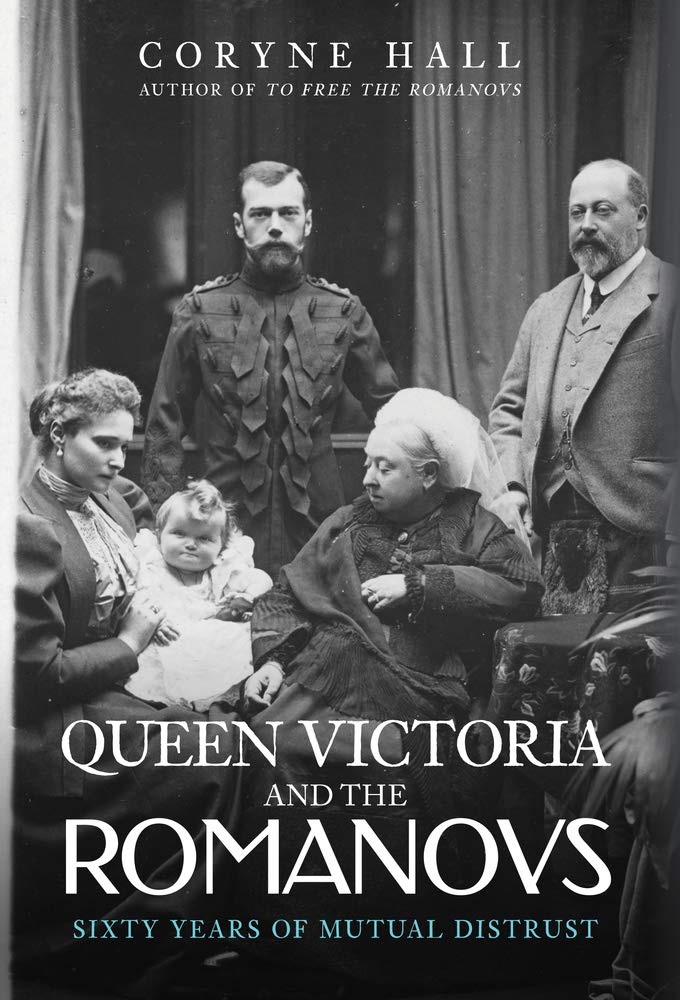 Queen Victoria and the Romanovs, a NEW book by royal historian Coryne Hall

Despite their frequent visits to England, Queen Victoria never quite trusted the Romanovs. In her letters she referred to ‘horrid Russia’ and was adamant that she did not wish her granddaughters to marry into that barbaric country. ‘Russia I could not wish for any of you,’ she said. She distrusted Tsar Nicholas I but as a young woman she was bowled over by his son, the future Alexander II, although there could be no question of a marriage. Political questions loomed large and the Crimean War did nothing to improve relations.

This distrust started with the story of the Queen’s ‘Aunt Julie’, Princess Juliane of Saxe-Coburg-Saalfeld, and her disastrous Russian marriage. Starting with this marital catastrophe, Romanov expert Coryne Hall traces sixty years of family feuding that include outright war, inter-marriages, assassination, and the Great Game in Afghanistan, when Alexander III called Victoria ‘a pampered, sentimental, selfish old woman’. In the fateful year of 1894, Victoria must come to terms with the fact that her granddaughter has become Nicholas II’s wife, the Empress Alexandra Feodorovna. Eventually, distrust of the German Kaiser brings Victoria and the Tsar closer together.

Permission has kindly been granted by the Royal Archives at Windsor to use extracts from Queen Victoria’s journals to tell this fascinating story of family relations played out on the world stage.

Coryne Hall is an historian, broadcaster and consultant specialising in the Romanovs and British and European royalty. She was born in Ealing, West London and developed a fascination for Imperial Russia in childhood when she learnt that her great-grandmother was born in St Petersburg, an almost exact contemporary of Nicholas II. The author of many books, she is a regular contributor to Majesty Magazine, The European Royal History Journal, Royal Russia, Sovereign and Royalty Digest Quarterly. She acted as consultant on the Danish television documentaries “A Royal Family” and “The Royal Jewels.”

Coryne has lectured at royalty conferences in England, Denmark, Russia and America. Her media appearances include Woman’s Hour, BBC South Today, the documentaries “Russia’s Lost Princesses” and “13 Moments of Fate”, live coverage of Charles and Camilla’s wedding for Canadian television and co-hosting live coverage of Prince William’s wedding alongside John Moore for Newstalk 1010, Canada. She was also the last person to have a private audience with Queen Elizabeth The Queen Mother. She lives in Hampshire.