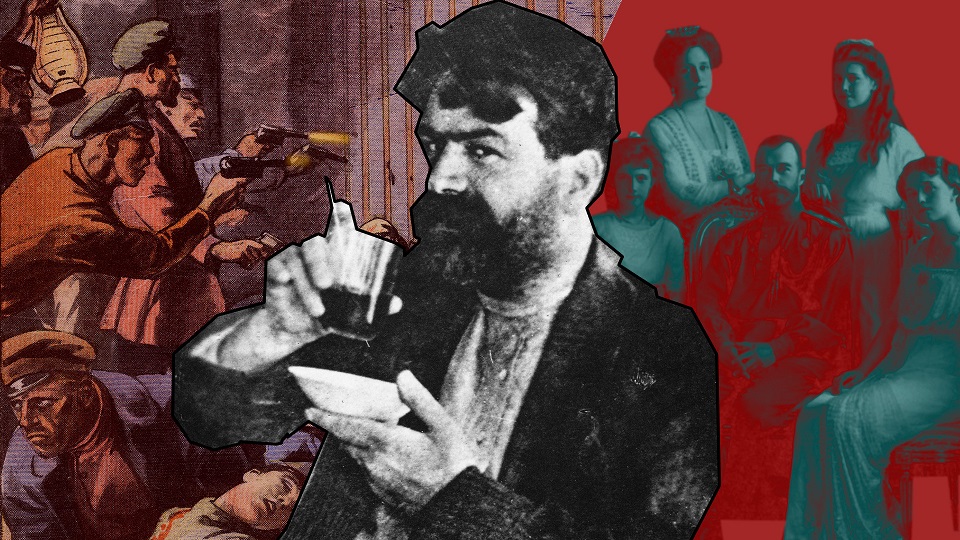 Situated on the grounds of the New Donskoy Cemetery in Moscow is a small church. Above the entrance is the inscription ‘Christ is Risen’. In 1927, it was a crematorium and columbarium, the latter of which remains intact to this day.

Parishioners attending liturgies performed in the Orthodox Church, are unaware that behind the false walls are the ashes of Russia’s most notorious murderer: Yakov Mikhailovich Yurovsky (1878-1938).

Yakov Mikhailovich (real name Yangel Khaimovich) Yurovsky was born on 19th (O.S. 7th) June 1878 in Kainsk of the Tomsk province into a large Jewish working family, the eighth of ten children. He was best known as the chief executioner of Emperor Nicholas II, his family, and four retainers on the night of 16/17 July 1918.

The killer who died on 2nd August 1938, of perforation of a duodenal ulcer was cremated in the Don Crematorium in Moscow. His ashes were placed in an urn and placed behind a wall, in one of the cells of the columbarium. An urn containing the ashes of Yurovsky’s wife Maria Yakovlevna Yurovskaya was later placed next to those of her husband. Today, it is impossible to guess that the two urns contain their remains, as all the inscriptions and identification marks are draped with fabric.

Restored church at the New Donskoy Cemetery in Moscow

The Don Crematorium was the first crematorium built in Moscow and until 1947 the only mass crematorium operating in the USSR. It was constructed in 1926 in the unfinished church of St. Seraphim of Sarov in the New Donskoy Cemetery. Opened in 1927, more than 150 old Bolsheviks were cremated here. The crematorium was closed in 1992, whereupon it was transferred to the Russian Orthodox Church (ROC).

In 1998, Divine Liturgies resumed after the reconstruction of the building. In autumn 2011, the Russian Orthodox Church decided to regain the territory of the columbarium of the Don Crematorium and reconstruct it. 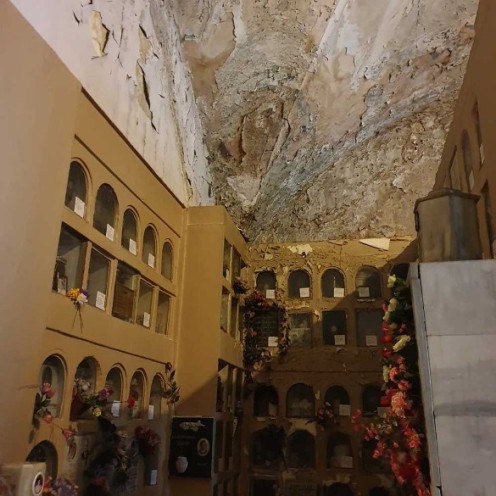 A baptismal font now stands in place of the crematorium oven. Everywhere there are icons, children’s drawings of the Workshop of Father Seraphim, a Christmas nativity scene. God’s grace! The church staff are ashamed of being under the same roof with the columbarium, and shudder when people come to inquire of the whereabouts of the niche containing Yurovsky’s urn.

According to local Moscow journalist Felix Grozdanov, “workers in a private conversation admitted that they are strictly forbidden to show this place. It is not for nothing that it was stored in a special columbarium – entrance there for a long time was allowed by passes only to family relatives or important persons. It is forbidden to show this place during excursions which are regularly held here.”

The shroud of secrecy intensified after a number of acts of vandalism were carried out by monarchists seeking revenge for Yurovsky’s role in the murder of Russia’s last tsar and his family. “They came and spat on the glass of Yurovsky’s cell, where his urn was placed. They even tried to smash the glass,” one cemetery worked noted.