After an absence of nearly four years, I am pleased to announce that my semi-annual periodical Sovereign: The Life and Reign of Emperor Nicholas II will resume publication next year. The next issue – the No. 12 issue – will be published in January 2023.

Between 2015 and 2019, I published a total of 11 issues of this unique publication, dedicated to the study of the life and reign of Russia’s last Tsar. The last issue, No. 11, was issued in February 2019, and the series was cancelled later that year.

Many readers could not understand, why I cancelled SOVEREIGN, so let me explain . . . I did not cancel the series because it was unpopular, on the contrary, I was forced to cancel the series due to the rising costs of printing this product here in Canada, in addition to Canada Post’s outrageous foreign shipping rates. For example, the rate to ship a single copy of SOVEREIGN to the United States was $12, while the rate to UK, Europe, and other international countries was a whopping $22!

Now, thanks to my publishing venture with AMAZON, I can resume publication, and make it available worldwide through AMAZON, while taking advantage of their much more affordable postage rates.

The No. 12 issue, which will be published in January 2023, will feature the following full-length articles – among others, that have yet to be announced:

[1] Mikhail Rodzianko: Gravedigger of the Russian Empire by Andrei Ivanov

[5] Loyal to Their Sovereign: Generals Who Did Not Betray Nicholas II in 1917 by Paul Gilbert

[6] Family Disloyalty: Nicholas II and the Vladimirovichi by Paul Gilbert

It is important for me to note, that the upcoming 2nd International Nicholas II Conference and the revival of SOVEREIGN, are both integral tools in my personal commitment to help clear the name of Russia’s much slandered Tsar. Not only is the publication of this unique periodical, a project which is near and dear to my heart and soul, SOVEREIGN will continue to be a valuable resource for Western historians and researchers, and to those who share an interest in the life and reign of Russia’s last Tsar.

For those of you, who are unfamiliar with SOVEREIGN: each issue features first English translations of new works by a new generation of post-Soviet Russian historians. Since the opening of the Romanov archives in 1991, they have managed to unearth previously unknown historic diaries, letters and documents on the life and reign of Nicholas II. Their research is now helping to debunk the many popular held negative assessments of Nicholas II, which continue to endure in the West, more than a century after his death and martyrdom.

NOTE: the only remaining copies of back issues of SOVEREIGN, Nos. 1 to 11, can still be purchased from Amazon.com (United States) and Booksellers van Hoogstraten (The Hague, Netherlands).

There are few monarchs in history about whom opinion has been more divided than the last emperor and tsar of Russia Nicholas II.

Myths about the “weak-willed”, “stupid”, “bloody” tsar, created on the basis of gossip, slanderous fabrications and Bolshevik propaganda in the early twentieth century, remain deeply rooted in the minds of both Westerners and the Russian people even to this day. Modern-day historians and biographers prefer to focus on Nicholas II’s failures, and seldom reflect on the many accomplishments he made during his reign. It was these very myths and lies, which compelled me to launch SOVEREIGN in 2015.

The articles featured in SOVEREIGN are not a rehash of everything which has been written about his life and reign over the past century. There are no conspiracy theories, nor does SOVEREIGN attempt to sweep history under the rug, or whitewash Russia’s last emperor and tsar.

Instead, SOVEREIGN features many first English language works by Russian historians and experts, based on new archival documents discovered since the fall of the Soviet Union in 1991.

Thanks to this new generation of post-Soviet historians, we can now review the life and reign of Russia’s last emperor and tsar through the research of Russian historians – their time has come! In their works, they successfully challenge and put to rest many of the lies and myths presented over the past century by their Western counterparts.

SOVEREIGN was launched in 2015, and has published a total of eleven issues. 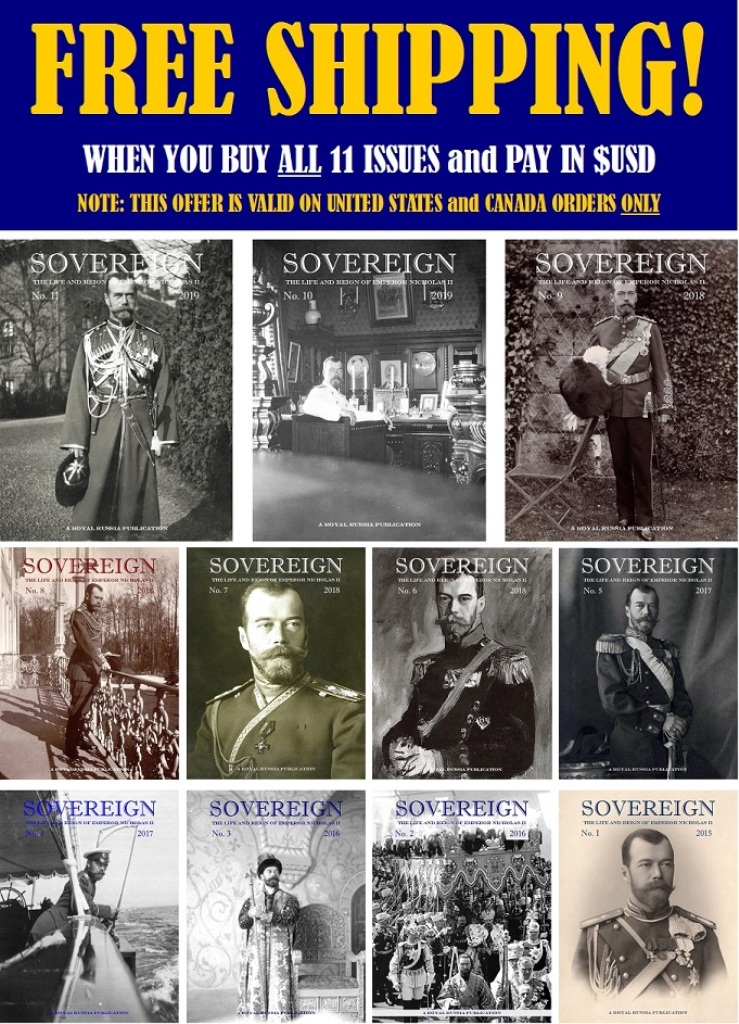 FREE SHIPPING when you buy ALL eleven issues
NOTE: This offer is valid on CANADA and US orders ONLY!
PRICE: $275.00 USD. PAY by CREDIT CARD or PAYPAL
*Payment can also be made by personal check or money order

Earlier this year, I announced that after 26 years, I would be retiring from publishing. I am now pleased to present the following SPECIAL OFFER on a complete set – 11 issues – of this unique publication.

Each issue features first English translations of articles, researched by Russian historians and experts, based on NEW documents from archival sources. The price of each issue is $25 + postage, so the savings on postage are substantial.

NOTE: I have a limited number of copies of issues No. 1, 7 and 9 left in stock, therefore, if you want to add a complete set of this publication to your personal library, this may be your last chance! 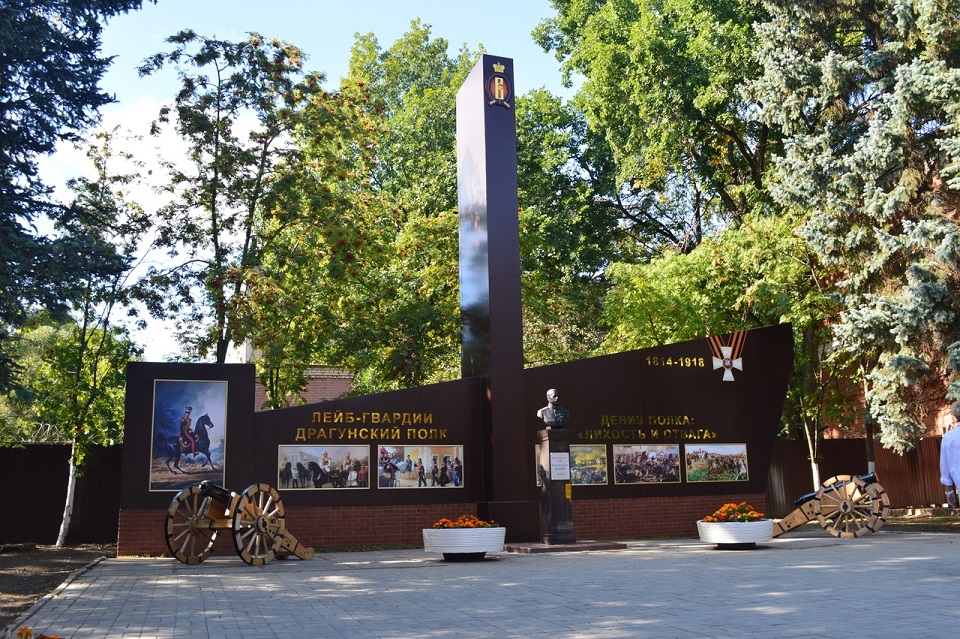 On 5th September, Russia’s first monument to General Count Fyodor Arturovich Keller was established in Peterhof, where the Izmailovsky Life Guard Regiment, which had been under Keller’s command from 1906, had been housed before the 1917 Revolution.

Sadly, the barracks have only been partially preserved, and currently house the Military Institute of Railway Troops and Military Communications, where there is also a museum dedicated to the history of Izmailovsky Life Guard Regiment. It is here that the monument to their legendary commander was established.

The sculpture was made by Moscow sculptor Victoria Alexandrovna Tishchenko (born 1986), the completion of the project is thanks to the efforts of the Emperor Alexander III Educational Society. 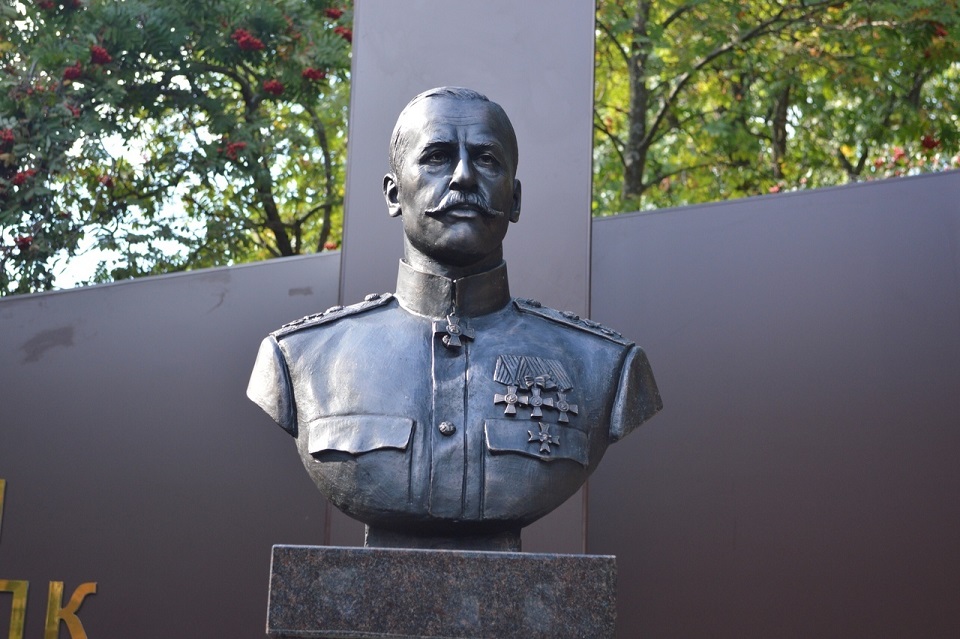 General who did not betray Nicholas II

The abdication of Nicholas II, continues to be shrouded in controversy, myths and lies. Historians have led us to believe that the tsar was betrayed by all of his generals in the days leading up to his abdication.

Commander of the Guard Cavalry Corps Huseyn Khan Nakhchivanski (1863-1919), a Muslim by religion, turned out to be one of two Tsarist generals, who remained loyal to the Russian Orthodox emperor and refused to swear allegiance to the Provisional Government.

The second general whose loyalty and readiness to defend the tsar was the commander of the Third Cavalry Corps of the Russian Imperial Army, General Count Fyodor Arturovich Keller (1857-1918).

Both sent telegrams to the tsar at Mogliev expressing their loyalty to Nicholas II, offering their troops to defend the monarchy. Neither telegram ever reached their sovereign, having been intercepted by supporters of the Provisional Government.

Keller was shot by Petliurists on 21 (O.S. 8) December 1918. His body was buried under a false name in the Intercession Monastery in Kiev. His grave has not been preserved.

I am pleased to announce that SOVEREIGN No. 10 SPRING 2019 – is now available from the ROYAL RUSSIA BOOKSHOP.

1. Nicholas II in the Words of His Contemporaries by Pyotr Multatuli. Translated by William Lee 1st ENGLISH TRANSLATION

2. Nicholas II in the Historical Memory of the Kuban Cossacks by O.V. Matveev. Translated by William Lee 1st ENGLISH TRANSLATION

3. The Wardrobe of the Imperial Family: The History of the Alexander Palace Collection by A.S. Rognatev. Translated by William Lee 1st ENGLISH TRANSLATION

5. Novonikolayevsk: Born of the People’s Ambition and the Tsar’s Beneficence, Emperor Nicholas II and the City of Novosibirsk: Parallels Between Past and Present by E. Tsybizov. Translated by Elizabeth S. Yellen 1st ENGLISH TRANSLATION

7. My Mission to Clear the Name of Russia’s Last Tsar by Paul Gilbert

Launched in 2015, a total of 12 will be in print by the end of this year, including 3 Special Issues. Click HERE For more information on our journal Sovereign: The Life and Reign of Emperor Nicholas II