One of the project’s billboards in Moscow

In the days leading up to the 102nd anniversary (17th July) marking the death and martyrdom of the Imperial Family, the Orthodox magazine “Фома” has once again launched their “Nicholas II and Alexandra Fedorovna. Words of Love” project. It uses quotes (in Russian) from Nicholas II and his wife Alexandra Feodorovna from their letters to each other and personal diaries on love, marriage and family happiness. 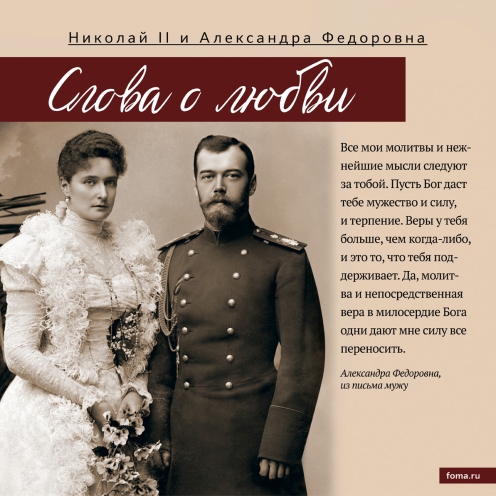 The project is aimed at confirming family values, as well as conveying truthful information about the life of the Holy Royal Martyr family to a new generation of post-Soviet Russians.

Initially launched in Moscow in 2017 in a series of billboards placed around the city, the project has expanded to other Russian cities. Last year the images were made available in a series of postcards, the proceeds of which help raise funds for the project.