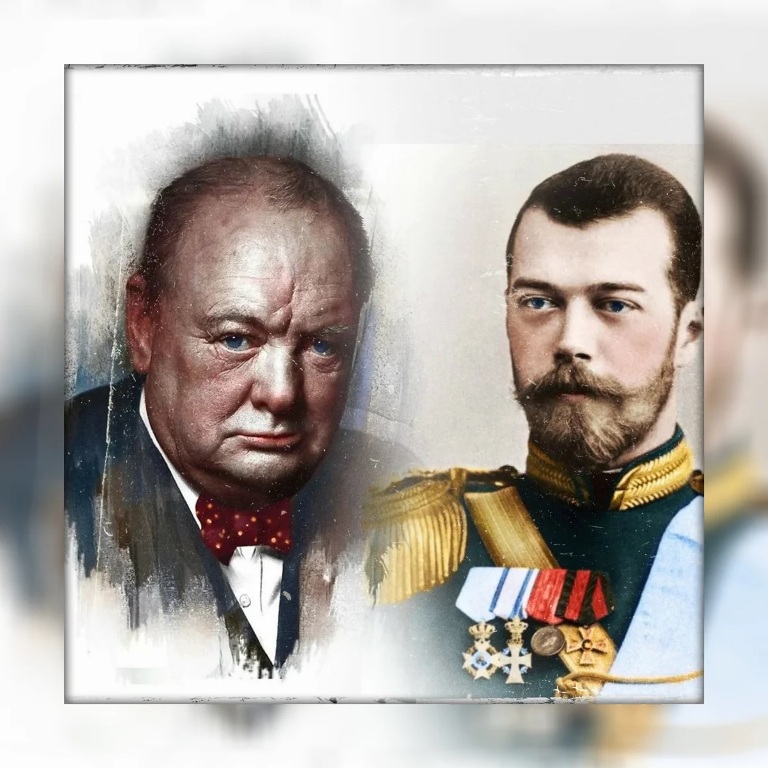 In 1929, Winston Churchill gave an estimate of Emperor Nicholas II, which, though not uncritical, is a much fairer one than that customarily given by Western historiography. They are among the most succinct and powerful English words in defense of Nicholas’ character — in part because Churchill does not depend upon the “well he was a good husband and father” strategy. He also addresses some of the questions that still exist in Russia today (democratise or hold firm). Many voices remain critical of Nicholas II’s refusal to democratise (although he did create the Duma, and think how long ago Magna Carta was written), herewith is Winston Churchill’s verdict:

“It is the shallow fashion of these times to dismiss the Tsarist regime as a purblind, corrupt, incompetent tyranny. But a survey of its thirty months’ war with Germany and Austria should correct these loose impressions and expose the dominant facts. We may measure the strength of the Russian Empire by the battering it had endured, by the disasters it had survived, by the inexhaustible forces it had developed, and by the recovery it had made. In the governments of states, when great events are afoot, the leader of the nation, whoever he be, is held accountable for failure and vindicated by success. No matter who wrought the toil, who planned the struggle, to the supreme responsible authority belongs the blame or credit.

“Why should this stern test be denied to Nicholas II? He had made many mistakes, what ruler has not? He was neither a great captain nor a great prince. He was only a true, simple man of average ability, of merciful disposition, upheld in all his daily life by his faith in God. But the brunt of supreme decisions centred upon him. At the summit where all problems are reduced to Yea or Nay, where events transcend the faculties of man and where all is inscrutable, he had to give the answers. His was the function of the compass needle. War or no war? Advance or retreat? Right or left? Democratise or hold firm? Quit or persevere? These were the battlefields of Nicholas II. Why should he reap no honour from them? The devoted onset of the Russian armies which saved Paris in 1914; the mastered agony of the munitionless retreat; the slowly regathered forces; the victories of Brusilov; the Russian entry upon the campaign of 1917, unconquered, stronger than ever; has he no share in these? In spite of errors vast and terrible, the regime he personified, over which he presided, to which his personal character gave the vital spark, had at this moment won the war for Russia.

“He is about to be struck down. A dark hand, gloved at first in folly, now intervenes. Exit Tsar. Deliver him and all he loved to wounds and death. Belittle his efforts, asperse his conduct, insult his memory; but pause then to tell us who else was found capable. Who or what could guide the Russian State? Men gifted and daring; men ambitious and fierce, spirits audacious and commanding – of these there were no lack. But none could answer the few plain questions on which the life and fame of Russia turned’.

On 16 December 2014, Russia’s Defense Minister Sergei Shoigu opened a sculptural composition dedicated to the heroes of World Wars I and II on the grounds of the Ministry of Defense on the Frunze Embankment in Moscow. The WWI monument features Nicholas II on horseback (above), recognizing and honouring his efforts during the Great War.