At the end of each month I will post links to noteworthy articles about Nicholas II from English language media sources, complemented with photos and videos.

Please click on the titles (highlighted) below to read each respective article:

Inherited Love: On the families of the parents of holy Royal Martyrs Nicholas II and Tsarina Alexandra by Xenia Grinkova. Published in Russian Orthodoxy on 31st July 2020

When we look at the life of the holy Royal Passion-Bearers, their podvig as a family strikes us most. Truly, they succeeded in embodying the Christian family ideals on the earth and bringing up their daughters and son in it like nobody else. And, of course, it was from their wise parents that the saints, like “most honorable branches of the pious root” (from the service to Right-Believing Prince Alexander Nevsky), received the rudiments of what later blossomed forth and led them to heavenly abodes.

The Khodynka tragedy: A coronation ruined by a stampede by Yulia Afanasyenko Published in Russia Beyond on 23rd July 2020

A huge public celebration of the coronation of Nicholas II was planned at the Khodynskoe field in Moscow, but poor organizing caused a disaster.

This terrible tragedy is one in which contemporary historians like to flog like a dead horse, some of whom blame the newly crowned emperor for the incident. Sadly, it is one which haunted him to the final days of his reign.

A Life Blessed by the Tsaritsa by Vladimir Soloviev. Published in Russian Orthodoxy on 17th July 2020

Not long ago was the fortieth day after the repose of Archbishop Agapit (Gorachek) of Stuttgart (ROCOR). More and more reminiscences about this remarkable man have been sent to the Russian website Pravoslavie.ru and continue to come; that is what an indelible impression this bright personality has left in the hearts of those who knew him.

This is a story of Archbishop Agapit, but through him of the “Ekaterinburg remains”—bone fragments discovered in a gully outside Ekaterinburg, which recent investigations have shown with near certainty to be those of the Royal Family. These investigations were conducted for over ten years on the highest level. They encompassed all aspects of forensic science, including genetic testing in a number of laboratories. It is told by one of the main investigators, who through his work gained a personal understanding of Archbishop Agapit’s close connection with the Holy Royal Martyrs and his service to them in this important matter.

VIDEO OF THE MONTH: Nicholas II. The Early Years

Rare photographs from the childhood and teenage years of Tsar Nicholas II, whose exceptional virtues from his earliest years of age were politeness, affability, and affection. His characteristic shy, tender, and somewhat sad smile always made an impression on all. He tried to see only the good side of people and was ready to show love to all.

All the quotes used in the captions of this video are from the book “The Romanov Royal Martyrs: What Silence Could Not Conceal”. 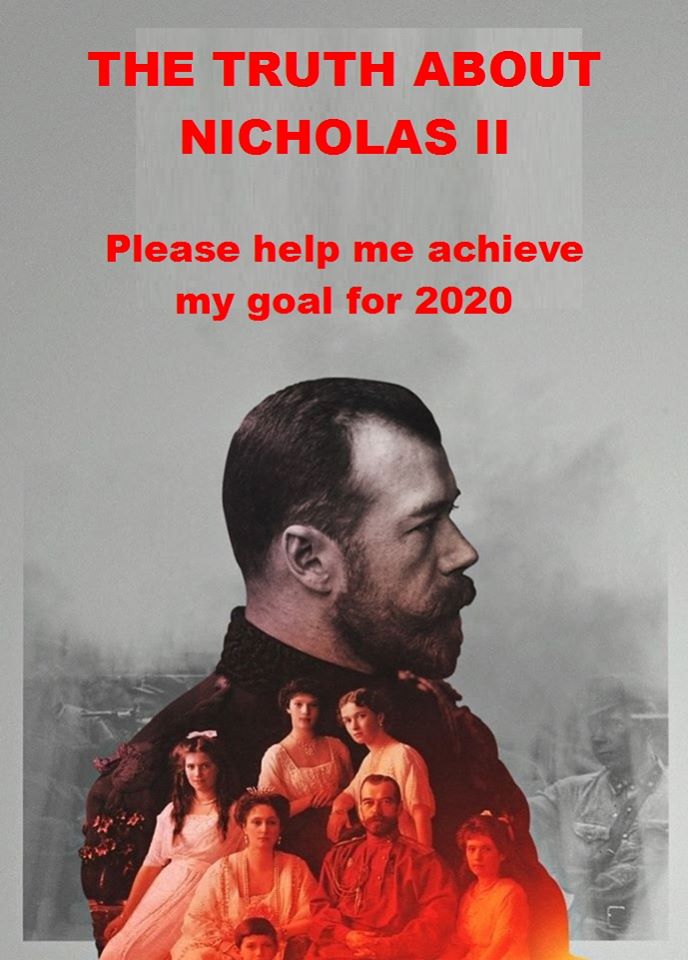 THANK YOU to every one who responded to my annual summer appeal for donations. Your contributions will help me greatly with my research to clear the name of Russia’s much slandered tsar during the coming year ahead.

There are many web sites, blogs and Facebook pages dedicated to the Romanovs. Therefore, I am especially grateful to those of you who follow my work faithfully on a daily basis.

I work very hard searching Russian archival and media sources to bring something new to the table every day. This includes articles researched by a new generation of Russian historians; news on the Romanovs, their palaces, exhibitions, etc; photos, videos and more.

Click HERE to make a donation by credit card or PayPal

THANK YOU for your consideration, and for your continued interest and support of my work.