Simulators and interactive exhibits are now being installed in Pavilion No. 54, where visitors can learn about the technical characteristics of automobiles and road safety. The main highlight of the new permanent museum will be in Pavilion No. 53, which will showcase historical automobiles of Soviet leaders, and more importantly those of Russia’s last emperor Nicholas II, who was a keen collector of fine automobiles.

The Special Purpose Garage Museum is scheduled to open in early 2021. 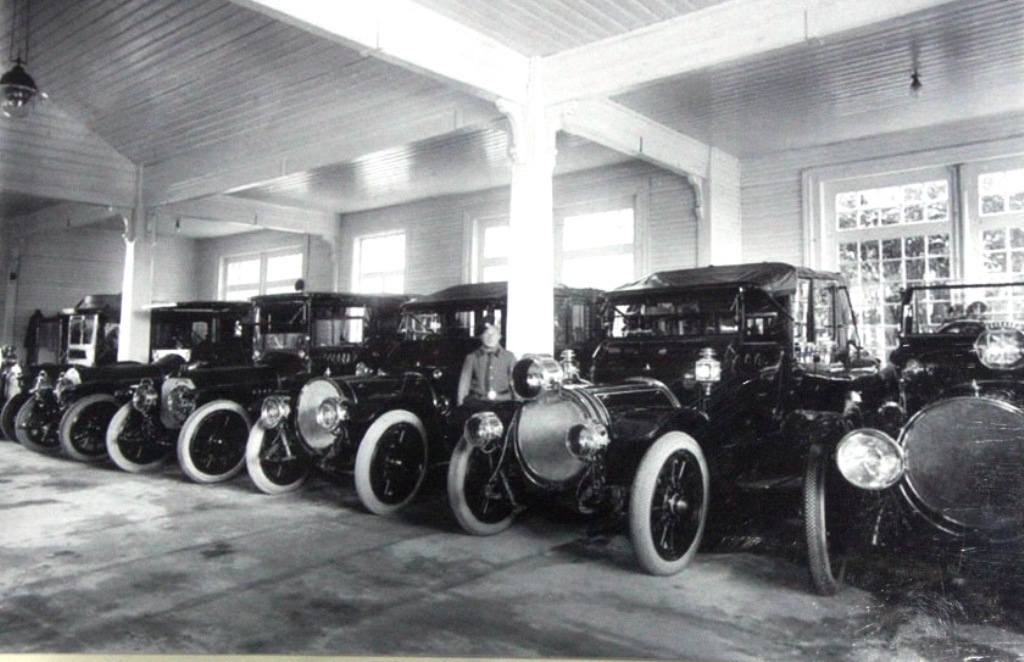 Facts about His Imperial Majesty’s Own Garage

* The “founding fathers” of His Imperial Majesty’s Own Garage were the Minister of the Imperial Court, Count Vladimir Fredericks (1838-1927), and the Adjutant Wing Prince Vladimir Orlov (1868-1927). The first automobile appeared in Tsarskoye Selo at the beginning of 1906: the French Delaunay-Belleville with a triple phaeton body, and soon complemented with four Mercedes.

* In mid-1906, the Imperial Driver School was opened at the garage. In fact, it was the first driving school in Russia. Empress Alexandra Feodorovna herself attached great importance to the uniforms worn by drivers and mechanics. She created sketches with her own hand, designing uniforms based on a footman’s livery adorned with gold cords.

* Drivers, mechanics and “soapmen” (car washers) did not appreciate being treated like lackeys and servants, but were forced to wear their uniforms. Their struggle continued, and in the end, the drivers won. In 1910, their new uniform – approved by the Emperor – resembled the uniforms of military officials: khaki colours, lace-up leather boots, leggings.

* Court chauffeurs in fur hats could easily be mistaken for senior officers and they were paid well. The senior driver received 2,600 rubles a year (for comparison: the annual salary of a university professor was 3,000 rubles), a third-class driver – 780 rubles a year.

* On March 2, 1917, Emperor Nicholas II signed his abdication. This ended the story of His Imperial Majesty’s Own Garage. All property of the imperial family passed into the disposal of the Provisional Government, including the garage. In addition to a change in management, the garage managed to avoid significant personnel changes.

* As a result of the October Revolution of 1917, the Autobase of the Provisional Government was nationalized and transferred to the disposal of the Bolsheviks. Lenin himself wasted little time in taking first pick from the Tsar’s collection of fine automobiles. His first trip in a Turcat-Méry automobile took place on 27th October 1917. Many employees of the Imperial Garage and the Autobase of the Provisional Government continued to work for the Bolsheviks.

If you found this article interesting, then please help support my research by making a donation in US or Canadian dollars to my project The Truth About Nicholas II – please note that donations can be made by GoFundMe, PayPal, credit card, personal check or money order. Thank you for your consideration – PG