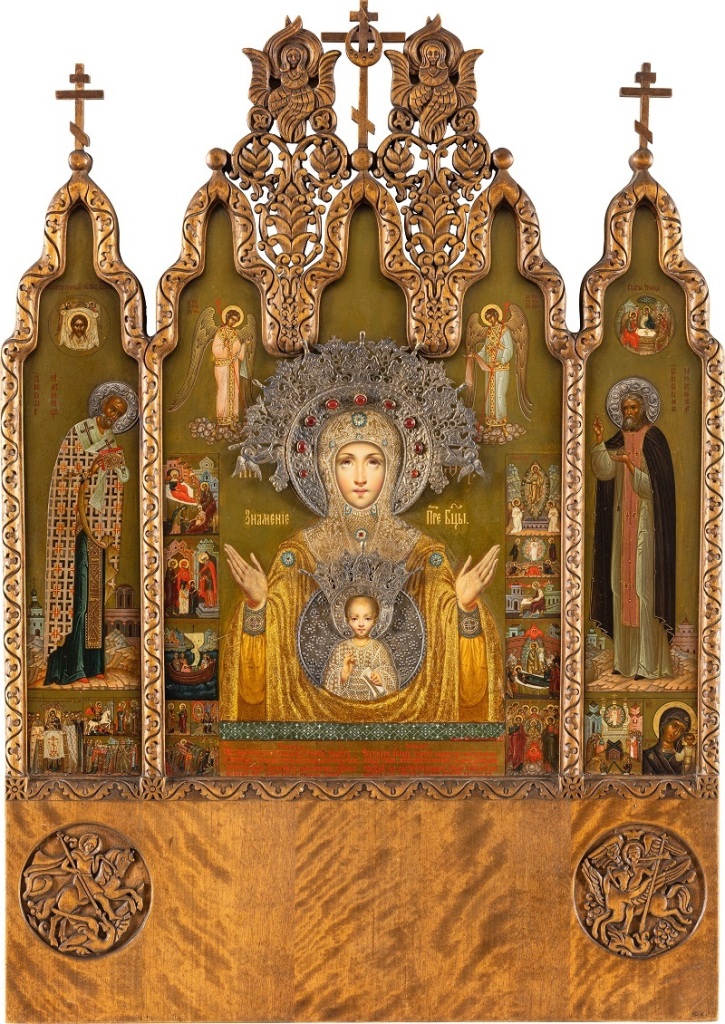 This beautiful icon has an extremely interesting history and its connection with the family of Emperor Nicholas II.

Before the revolution, it belonged to Colonel Dmitry Nikolaevich Loman (1868-1918), who held several important government positions. Loman maintained a deep and personal relationship with Nicholas II and Alexandra Fedorovna – the latter was the godmother of his son Yuri.

The icon, painted by one of the best icon painters of the time, Nikolai Yemelyanov, was presented to Loman by the Empress for his work on the construction of Feodorovsky Sovereign Cathedral at Tsarskoye Selo.

After the 1917 Revolution, the icon, was sold abroad, where it changed several owners, and then returned to Russia and is now in the private collection of Igor Sysolyatin.