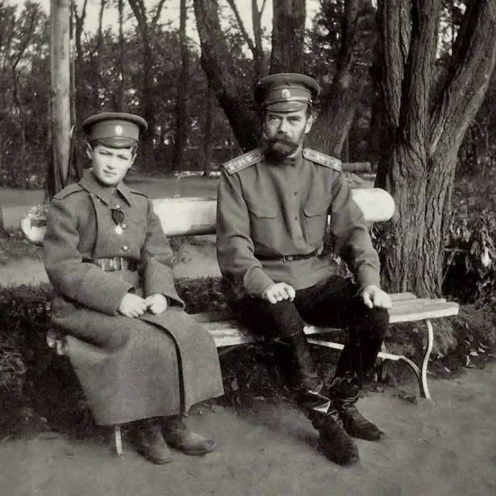 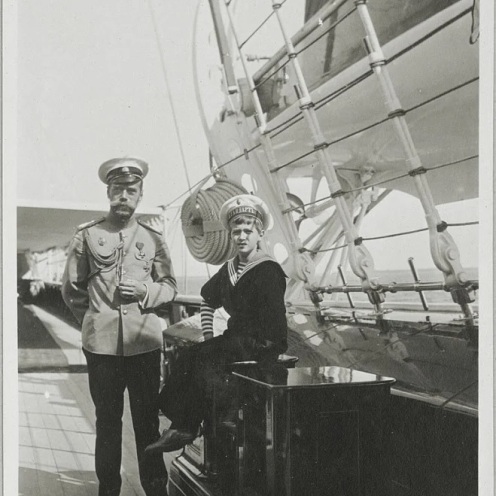 Emperor Nicholas II with his only son and heir Tsesarevich Alexei

I must apologize for the quality of some of the photographs, however, this is something which I have no control over. Where possible, photographs have been chosen for their visual impact, but historical accuracy has made it vital to include a number of photographs whose quality is poor, but whose value as historical documents is considerable. Sadly, during the Soviet years, many photographs of the Imperial family were stored under poor conditions and their standard is low – PG