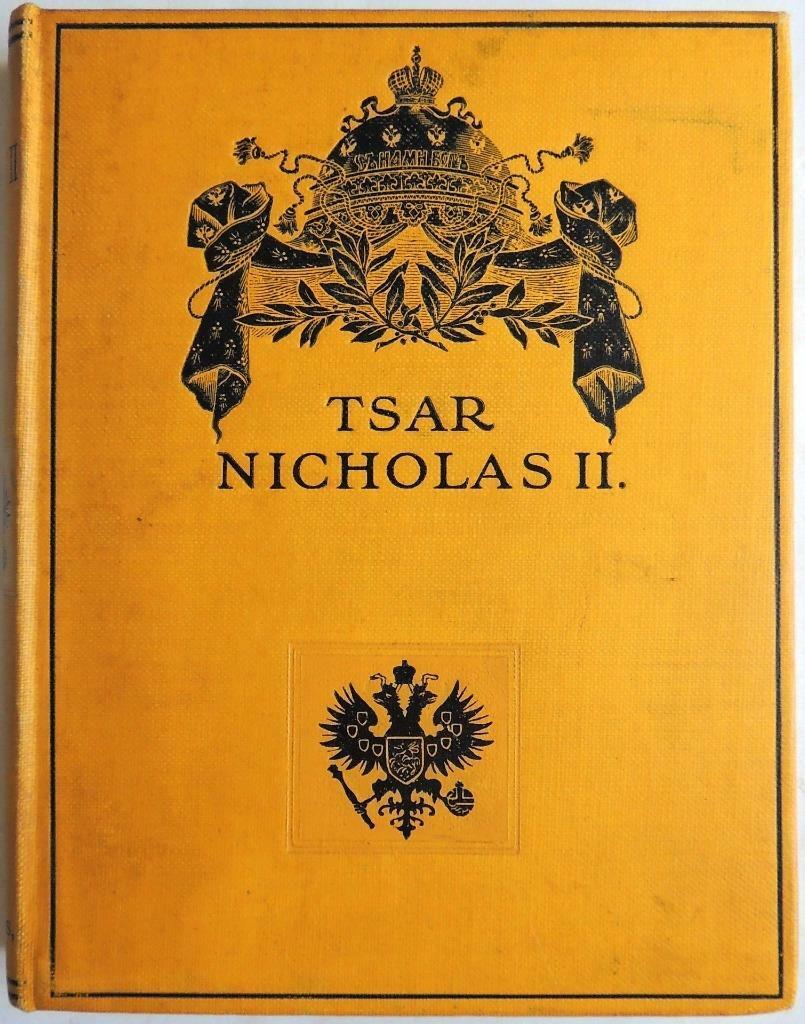 Back in the 1990s, I was fortunate to track down a copy of this rare book. I then issued a new edition, and after several reprints is now out of print. The text of Elchaninov’s biography on Nicholas II, was published in the premiere issue of SOVEREIGN in 2011.

This unprecedented authorized account of Emperor Nicholas II, by Major-General Andrei Georgievich Elchaninov (1868-1918) was released in early 1913, to coincide with the celebration of the 300th anniversary of the Romanov dynasty. It was originally published in excerpts or installments in many major newspapers during and after the tercentenary events.

The Russian edition was issued in 1913, followed by English (titled The Tsar and His People) and French (titled Le rèine de S.M. l’Empereur Nicolas II) editions in 1914. The latter was translated by Princess Paley (nee Olga Pistolkors), the wife of the Grand Duke Paul Alexandrovich, “so that foreigners, and especially the French, had a correct idea of Russia and her tsar, a country that is a friend and ally.”[1]

While many contemporary biographers claim that Nicholas II was not fit to rule Russia, the author of this work claims otherwise, writing from first-hand experience. The first few chapters show Nicholas to be a caring, devoted and loving father and husband while the remaining chapters focus on his relationship with his government, the church, the army, the Russian people and on the policies which he pursued in his first eighteen years as tsar which he firmly believed were steering Russia towards a better future.

According to Richard S. Wortman, “Elchaninov organized his text to permit the broadest possible dissemination in newspapers.”[2] He notes that the book presents “a unique statement of how Nicholas himself understood his office and wished himself to be perceived.”[3]

Elchaninov gathered considerable material for the twelve brief chapters about Nicholas’s personal life based on observations and impressions of “all those, who standing in close proximity to the throne, have honoured me with their confidence . . .”.[4]

Written before the First World War and the Russian Revolution, Elchaninov writes in glowing patriotic language, portraying Nicholas II as an indefatigable “imperial worker” in the service of Russia’s best interests and the “sovereign father” beloved by the Russian people.

Nicholas reviewed and corrected the proofs himself in January 1913. He made changes to the text, and requested the removal of sentences describing the Tsesarevich Alexei’s illness.

The author, was a member of the emperor’s suite, and a professor of military art in the General Staff Academy in St. Petersburg.

According to the memoirs of Tatiana Evsseva Alexina, Времена не выбирают (Time Does Not Choose) in which she writes about the fate of the Russian noble family Elchaninov, her ancestor Major-General Andrei Georgievich Elchaninov was arrested by the Bolsheviks after the Revolution. He was placed on a raft along with other officers of the Imperial army and drowned in the River Neva in 1918.

Now, more than a century after its’ publication, rare copies of the English and French translation of his book on Nicholas II are highly sought after by collectors, selling for large sums in antiquarian book fairs in the United States, Great Britain and Europe.