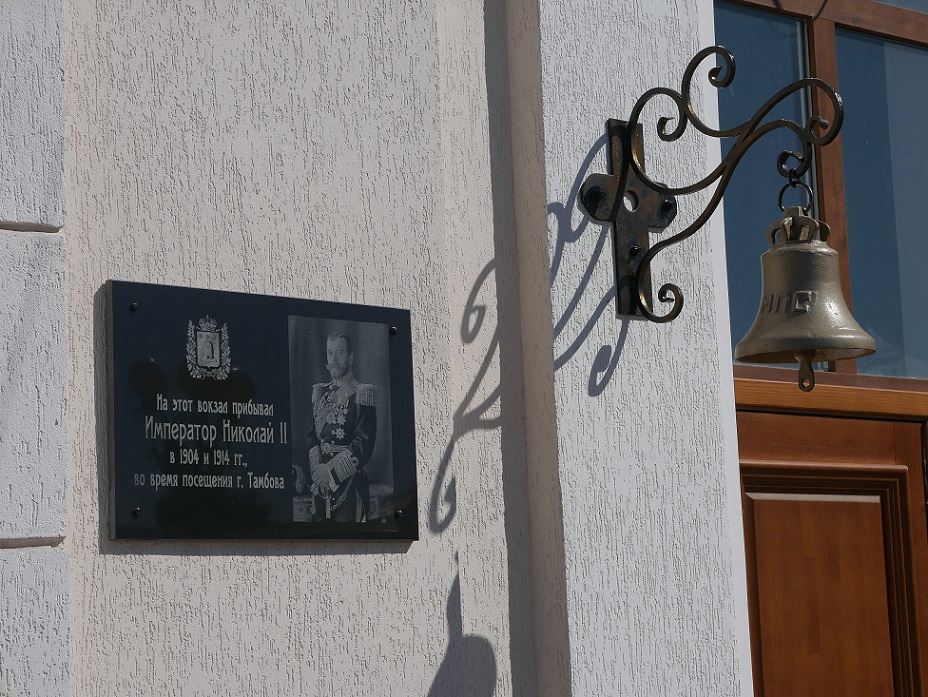 On 18th May 2019, a memorial plaque was unveiled in the Russian city of Tambov (about 480 kilometers (300 mi) south-southeast of Moscow). The plaque, on the facade of the Tambov railway station marks the visits to the city by Emperor Nicholas II in 1904 and 1914. The installation of the memorial plaque and a station signal bell were timed to the 151st anniversary of the birth of the Russia’s last emperor.

The initiator of the memorial plaque was the leadership of the local regional branch of the Double-Headed Eagle Society, with the support of the Council on Monumental Art of the Tambov City Duma. 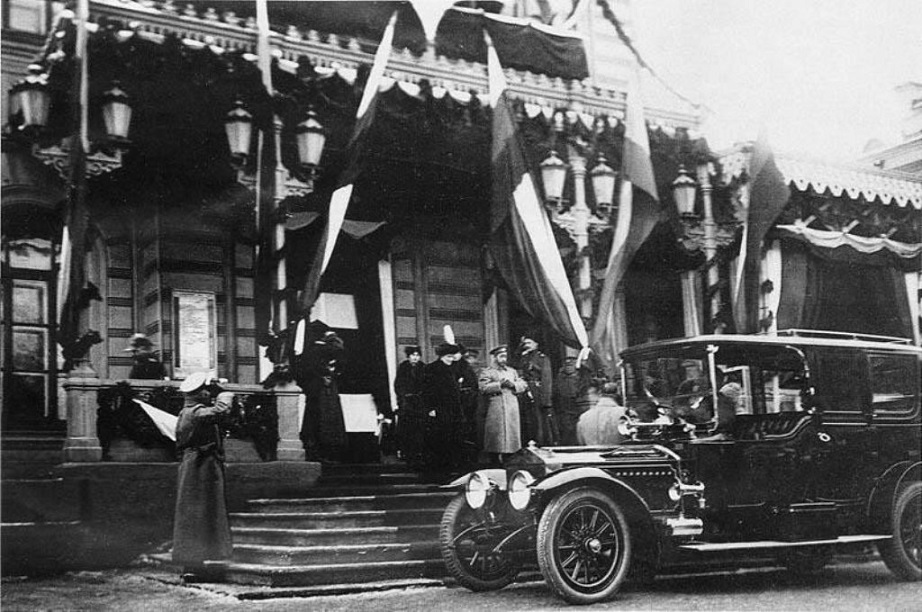 Local historians note that during his 1914 visit, the Emperor’s train arrived in Tambov at 10:45 in the morning. Nicholas II was met by 12 thousand people, representing all classes of society. Flags and flowers decorated the streets along the imperial motorcade from the station to the Cathedral of the Transfiguration of the Savior Cathedral. In the evening of the same day, at 6:00 pm, Emperor Nicholas II left Tambov with his wife and two of their children.

This is how the Sovereign noted the event in his diary:

At 10 o’clock arrived in Tambov. After the meeting, we went to the cathedral, which I recalled from 1904. Vladyka Cyril is well and served the liturgy. We went to venerate the relics of St. Pitirim and stopped at his spring. We then stopped at a military hospital, followed by breakfast on the train.

The opening ceremony of the memorial plaque at Tambov railway station was attended by representatives of the Russian Guard, Cossacks, the Union of Russian Paratroopers, veterans of war and regional conflicts, regional historians, and representatives of the Tambov diocese. At the conclusion of the solemn event at the station, the audience laid flowers at the memorial plaque.

Then the representatives of the Double-Headed Eagle Society together with the Cossacks laid flowers at the bust of the Sovereign Emperor in the park of the Cathedral of the Transfiguration of the Saviour Cathedral. 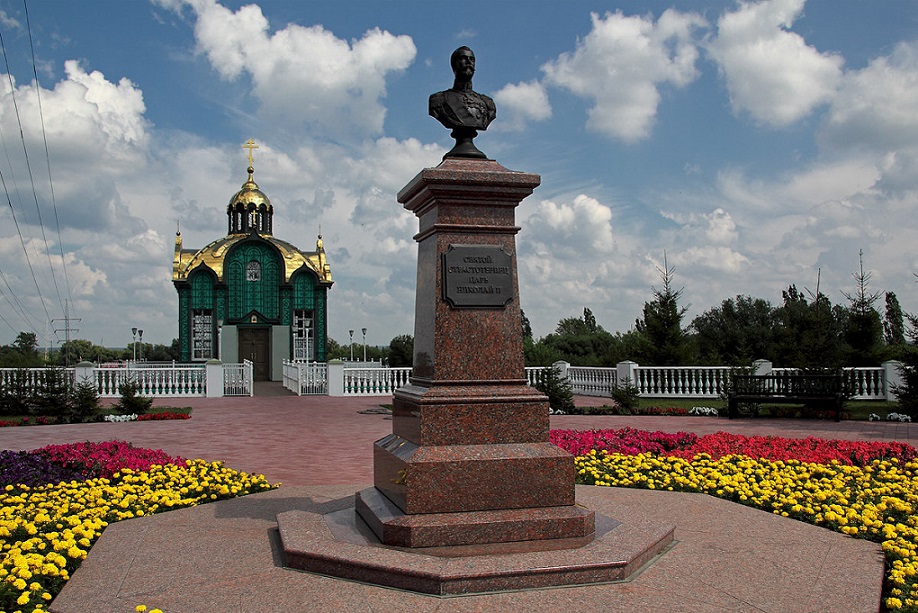 In 1914, celebrations dedicated to the canonization of St. Pitrim of Tambov (1645-1698), a holy chapel was erected above a spring, discovered by St. Pitrim at the end of the 17th century. Funding for the metal chapel was provided by Nicholas II’s mother the Dowager Empress Maria Feodorovna. A marble staircase was built from the Cathedral of the Transfiguration of the Savior Cathedral to the source.

During the Soviet years, the chapel was destroyed, and the spring was covered with earth. In the 2000s, the holy spring on the territory of the Cathedral of the Transfiguration of the Savior Cathedral was revived, the territory around it was ennobled. In 2007, the metal chapel was reconstructed above the source.