Unique street art in memory of the Russian Imperial Family has been created in an underground passage in the center of Ekaterinburg. The work entitled “Point of no return” depicts two groups of people on opposite walls of the passage.

On one side are depicted: Emperor Nicholas II, his wife Empress Alexandra Feodorovna, their five children, and four faithful retainers – all of whom were murdered on the night of 16/17 July 1918 in the basement of the Ipatiev House in Ekaterinburg. 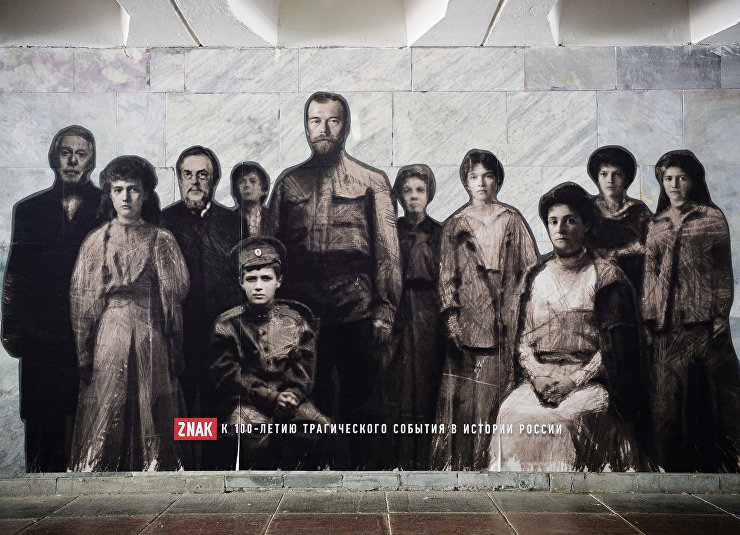 On the other side the murderers: the Ural Chekists and the guard of the “House of Special Purpose”, the participants in the murders of the Romanovs. Between the two images on the floor is a red circle – Точка невозврата (Point of no return), standing on which, one gets a sense of being in the line of fire.

The appearance of the street art is timed to the 100th anniversary of the deaths of the Imperial Family in Ekaterinburg. The underground passage is located in close proximity to the Church on the Blood, built on the site of the Ipatiev House.

The executor of the work was the GREAT Advertising Group (St. Petersburg), and the ZNAK Information Agency.

“The idea belongs to the GREAT Advertising Group. We liked it, and immediately accepted it. This work is a desire to recall the tragedy of the shooting in the basement of the Ipatiev House, which included the murder of innocent children and servants. It became a symbol of the tragedy of all Russia, a great tragedy of the twentieth century. This shooting really became a ‘point of no return’ for Russia. We believe it is important that a person can feel this point, literally stand on it, even for a moment,” said Dmitry Kolezev, deputy editor-in-chief of Znak.com.

“We wanted to create something without any gadgets and technologies, something with simple and affordable means, which would allow people to get a sense of what it must have felt to face the murderers. To try to literally immerse yourself in a tragic moment, to become a part of it, to stand between the defenseless Imperial family and their murderers with revolvers,” said the creators from the GREAT Advertising Group. 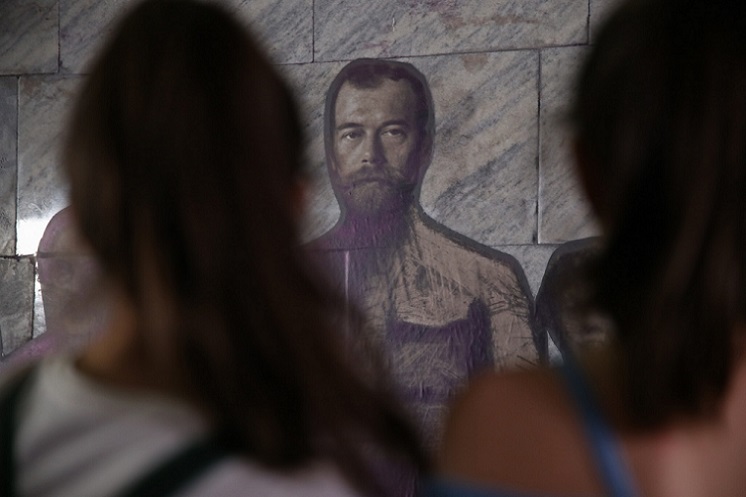 Sadly, the work was only temporary for the 100th anniversary marking the regicide – the artwork was not done with paint, but with a film, making it easy to remove, and leaving the transition walls clean.