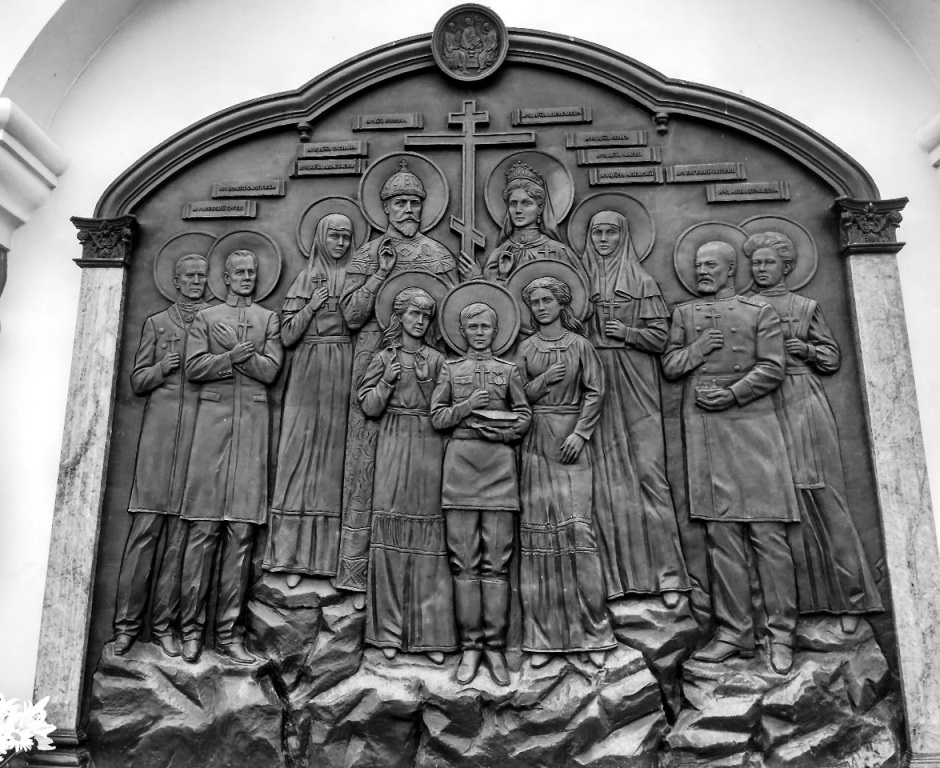 On this day – 20th August 2000 – after much debate, Emperor Nicholas II and his family were canonized as passion bearers by the Moscow Patriarchate

The Moscow Patriarchate canonized the family as passion bearers: people who face death with resignation, in a Christ-like manner, as distinguished from martyrs, the latter historically killed for their faith. Proponents cited the piety of the family and reports that the Tsarina and her eldest daughter Olga prayed and attempted to make the sign of the cross immediately before they died.

The term “passion-bearer” is used in relation to those Russian saints who, “imitating Christ, endured with patience physical, moral suffering and death at the hands of political opponents. In the history of the Russian Church, such passion-bearers were the holy noble princes Boris and Gleb (1015), Igor of Chernigov (+ 1147), Andrei Bogolyubsky (+ 1174), Mikhail of Tverskoy (+ 1318), Tsarevich Dimitri (+ 1591). All of them, by their feat of passion-bearers, showed a high example of Christian morality and patience.

Despite their official designation as “passion-bearers” by the August 2000 Council, Nicholas II and his family are referred to as “martyrs” in Church publications, icons, and in popular veneration by the people.

NOTE: The family was canonized on 1st November 1981 as new martyrs by the Russian Orthodox Church Outside Russia (ROCOR).

This bas-relief (above) also depicts their servants, who had been killed along with the Imperial family. They were also canonized as new martyrs by the ROCOR in 1981 The canonized servants were Yevgeny Botkin, court physician; Alexei Trupp, footman; Ivan Kharitonov, cook; and Anna Demidova, Alexandra’s maid. Also canonized were two servants killed in September 1918, lady in waiting Anastasia Hendrikova and tutor Catherine Adolphovna Schneider. All were canonized as victims of oppression by the Bolsheviks.

On 3 February 2016, the Bishop’s Council of the Russian Orthodox Church (Moscow Patriarchate) canonized Dr. Botkin as a righteous passion bearer. They did not canonize the servants, two of whom were not Russian Orthodox: Trupp was Roman Catholic, and Schneider was Lutheran.