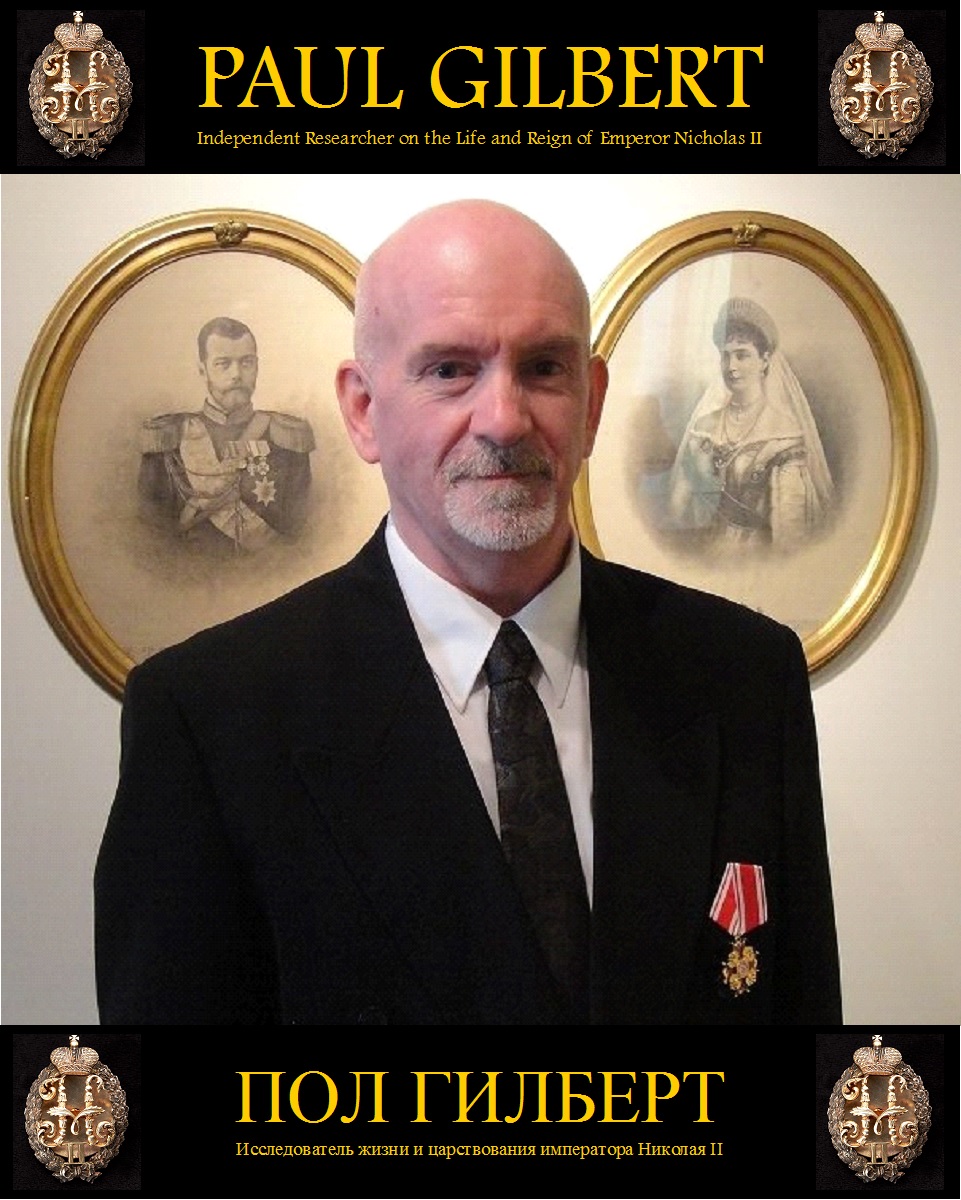 This year marks the 25th anniversary of Royal Russia. Since 1994, I have dedicated myself to the full time research and writing on the Romanov dynasty, their legacy, and the history of Imperial and Holy Russia. I have been able to accomplish this through my web site, news blog, and Facebook pages, nearly 30 working visits to Russia, and the publication of numerous books and journals.

My primary interest has always been the life and reign of Russia’s last emperor and tsar Nicholas II. Beginning in 2019, I will be devoting much of my time and resources to the research and writing on the much slandered tsar.

In 1967, Pulitzer Prize–winning author Robert K. Massie released Nicholas & Alexandra. To date, it has sold more than 7 million copies, and translated into dozens of languages including Russian. In 2012, Random House issued a new edition containing much new information. Thanks to Massie’s book, millions of readers were given a fresh and very different look into the life of Russia’s last tsar. Instead of the ‘Bloody Nicholas’ portrayed in Bolshevik propaganda, Massie introduced his readers to a devoted husband and loving father, one who was dedicated to his God anointed position as autocratic ruler of the Russian Empire.

In the last 50 years, Massie’s now classic work opened a floodgate of new biographies and studies by Western historians (both professional and amateur). They claim that their works are the final say on the life and reign of Nicholas II. They do not!

‘Re-examine all that you’ve been told . . . dismiss that which insults your soul’

Walt Whitman’s famous words are a reminder that it is now time to re-examine the many biographies and studies of Nicholas II, published in the past half century by Western historians.

Sadly, many of them have rehashed the many myths and lies about Nicholas II which were planted more than a century ago by his detractors, and allowed to germinate during the 20th and into the current century.

Their works are based on resources made available to them during their research. Having said that, however, much of that research remains stuck in the 1960s and 70s. It is time to take a fresh look at their works, re-evaluate and compare them to the research of their post-Soviet Russian contemporaries.

It was the enduring myths and lies about the reign of Russia’s last emperor and tsar, which compelled me to launch the publication Sovereign: The Life and Reign of Emperor Nicholas II in 2015. Published bi-annually (Spring and Autumn), this unique journal gives voice to Russian historians, and features research based on new documents discovered in Russian archives since the fall of the Soviet Union.

More than 100 people from 11 countries attended this historic event, which featured 5 speakers, who presented 7 papers on the life, reign, and sainthood of Russia’s last tsar. The proceedings have been published in the No. 9 2018 issue of Sovereign.

This historic event received congratulations and support from the Russian, Serbian, and Greek Orthodox Churches, as well as the Head of the Russian Imperial House HIH Grand Duchess Maria Vladimirovna.

In 2018, I participated in a a special 6-part video series commemorating the Romanovs Martyrdom Centennial, prepared by the Monastery of St John the Forerunner Mesa Potamos. Click on the above image to watch part 5, my interview The Conspiracy Against Nicholas II.

I was also the subject of an interview for the English language Russia Beyond (a project/brand established by the TV-Novosti company owned by the Rossiya Segodnya which is a state news agency in Russia). Click on the following link to read Why does a Brit fight for the truth about Nicholas II and the Romanovs? by Alexandra Guzeva. To date, it has been translated into Serbian, German, Italian, Portuguese, Bulgarian, Croatian, among several other languages.

Both will present articles and news which acknowledge the many accomplishments made by Nicholas II during his reign from 1894-1917. In an effort to present a more honest assessment of his life and reign, the widely held negative myths and lies, will be discussed and debunked with new facts and information.

The Facebook page also includes a link to the my new discussion group Царебожники / Tsarebozhniki, which was launched on 18th May 2018, the day marking the 150th anniversary of the birth of Nicholas II.

Tsarebozhniki brings together adherents of Nicholas II to discuss his life and reign, and features current news, review books and documentaries, photos, videos, and more. This group is open to Russophiles, Romanovphiles, Orthodox Christians, monarchists, and others who share an interest in Russia’s last sovereign and Christian monarch. Tsarebozhniki currently has more than 600 members.

After downsizing many projects affiliated with Royal Russia, I can now focus on a number of publishing projects, which I have planned or are nearing completion.

These include: Nicholas II. Portraits & Monuments (2019); My Russia. Ekaterinburg (2019); Nicholas II in Post-Soviet Russia (2019); and Nicholas II. A Century of Myths and Lies (2020). Note: the covers of the titles depicted above are subject to change prior to publication.

Much of the research which I have put into each of these titles is based widely on my many visits to Ekaterinburg, St. Petersburg, Moscow and Crimea over the years, my own photographs, and Russian language sources, thus presenting much new information to those interested in the life and reign of Russia’s last emperor and tsar. 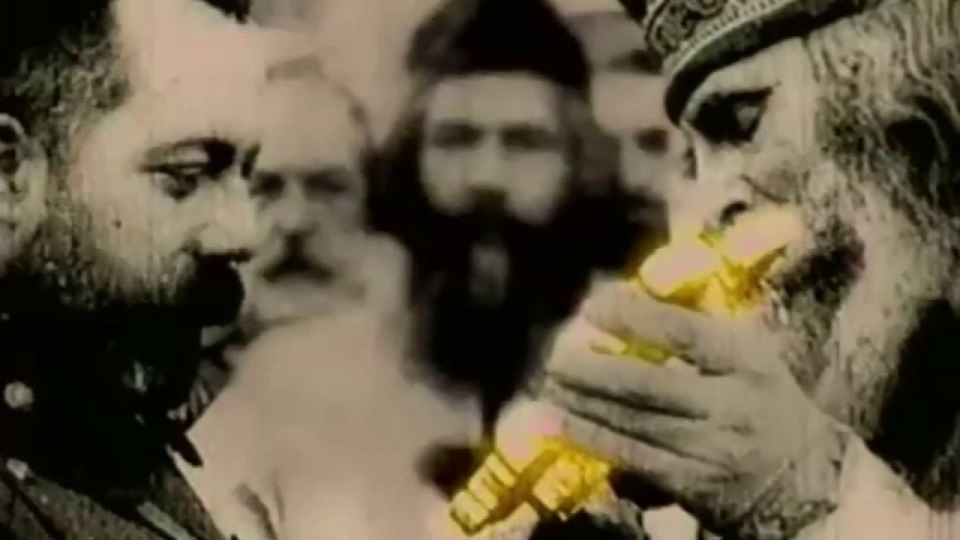 MY EFFORTS TO CLEAR THE NAME OF NICHOLAS II

My efforts to take a fresh look at the life and reign of Russia’s last emperor and tsar have been met with both praise and indignation.

The praise comes from monarchists, members of the Orthodox community, and adherents to Nicholas II, all of whom do not accept the widely accepted negative assessment of Nicholas II, which has stood for much of the past century.

The indignation comes from Nicholas II’s many detractors, among them Communists, Leninites, anti-monarchists, etc. They accuse me of hagiography. romanticizing or whitewashing the truth, or viewing the reign of Nicholas II through “rose tinted glasses.” So be it! What is so frustrating is that these are the same people who simply refuse to remove their blinders and examine new documents and research discovered in post-Soviet archives in Russia in recent years.

Russian historian Pyotr Multatuli hit the nail on the head when he wrote, “We combine indifference to our own history with our maximalism and categorical judgments. Thus we lose the ability to hear others. Everybody is content with his own biases without thinking that in the case of the holy passion-bearer his opinion is borrowed and that he was too lazy to form his own opinion. More than twenty-five years have passed since the collapse of the USSR, and truthful books on the Imperial Family were published since as early as perestroika. But most people don’t read them and retain the outdated stereotypical views.”