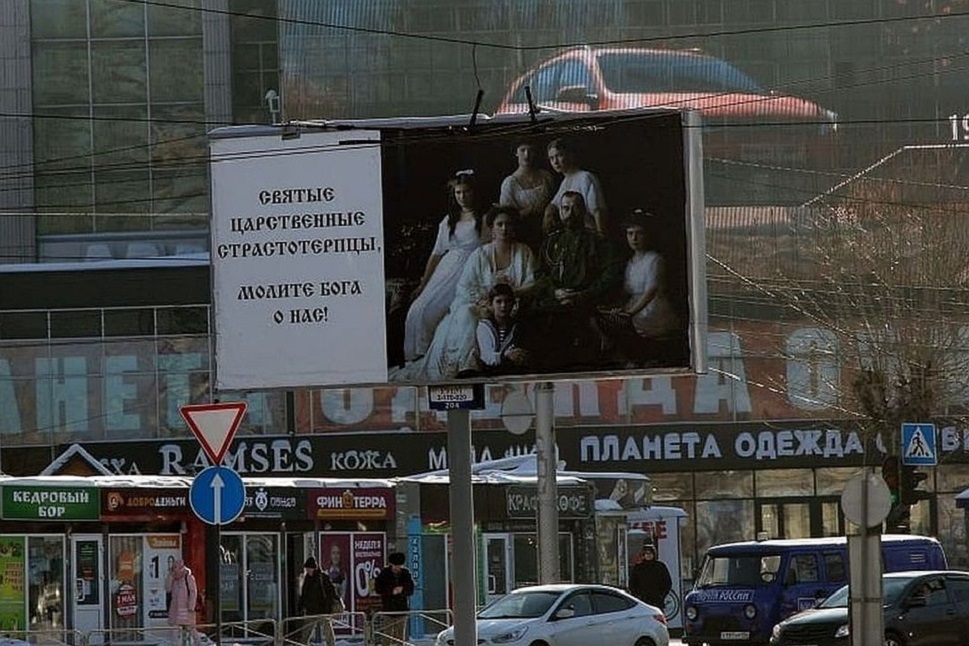 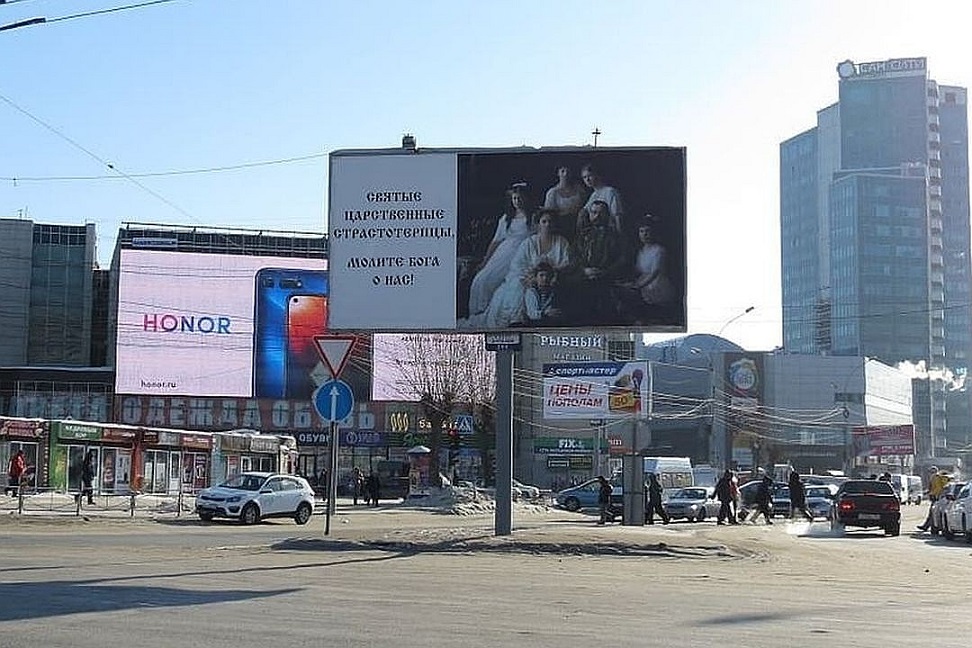 In February 2019, a billboard bearing a portrait of Nicholas II and family and the inscription “Holy royal passion-bearers pray for us” was established on Karl Marx Square, in the Siberian city of Novosibirsk.

“Our city bore the name of Emperor Nicholas II for almost thirty years. From 1895 to 1904 – as a village. From 1904 to 1926 – as a city. This year marks the 115th anniversary since the decree signed on 10 January 1904 [O.S. 28 December 1903] by Emperor Nicholas II on the transformation of the village into the city of Novo- Nikolaevsk. The billboards are a reminder to the people of Novosibirsk about the history of our city,” said the Novosibirsk Orthodox social activist Ivan Kvasnitsky, noting that billboards depciting the Imperial family have appeared on the main streets of the city every month since June 2017.

He added that this action is being carried out by the Novosibirsk Coordination Council in defense of public morality, culture and traditional family values ​​with the support of donations from caring Siberians. Kvasnitsky noted that more historical banners will continue to be established on the streets of the city, with the help of additional donations.

Monument of Emperor Nicholas II and Tsesarevich Alexei in Novosibirsk

A monument of Emperor Nicholas II with his son and heir Tsesarevich Alexei was established on 17th July 2017, on the grounds of the St. Alexander Nevsky Cathedral in Novosibirsk.

The following month, a 31-year-old Novosibirsk man placed a ladder against the newly-consecrated monument, and, having climbed up it, dealt several blows with an axe. The man was arrested and charged. The monument was restored and reconsecrated in September 2017.