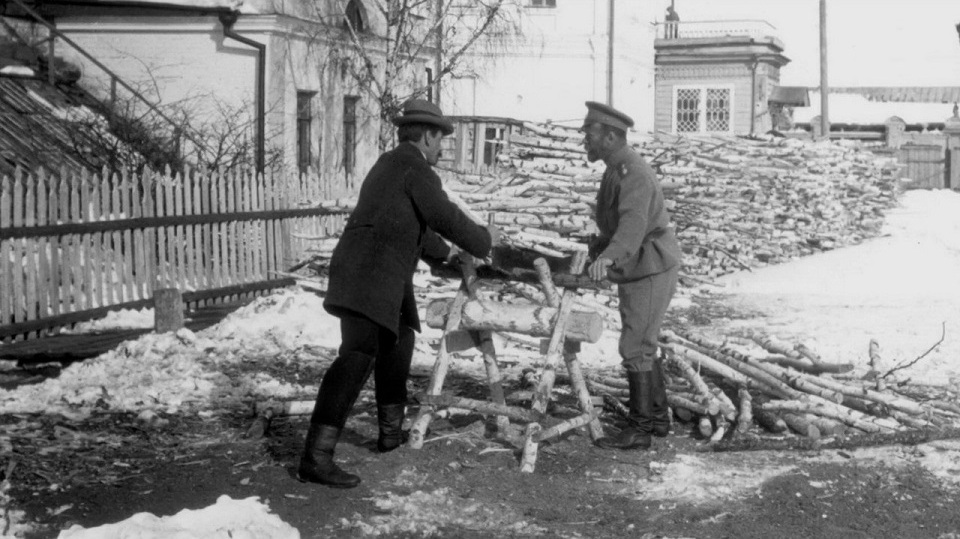 «Возвращение Пьера Жильяра» (The Return of Pierre Gilliard) is the name of a new Russian language documentary film dedicated to the the French language tutor to the five children of Emperor Nicholas II of Russia from 1905 to 1918.

Work on on the documentary began in 2018, and was recently completed at the “NATAKAM” film studio; the script was written and directed by Lyudmila Shakht and Konstantin Kozlov. The premiere was held earlier this month in the House of Cinema, with additional viewings scheduled on 20th March at the Knowledge of Russia Society, and on 24th April at the Boris Yeltsin Presidential Library in St. Petersburg. Gilliards’ grand-nephews – writer Pierre-Frederic Gilliard and doctor Jacques Moser talk about the life and fate of Pierre Gilliard (1879-1962). The film is based on family memories, diaries, letters and photographs, on their famous uncle, a true friend of the Imperial family.

After returning from Russia to Switzerland, he wrote and published the book Le tragique destin de Nicolas II et de sa famille (1921). An English language edition Thirteen Years in the Russian Court was published in 1927.

The Swiss-born Pierre Gilliard first gave French lessons to Grand Duchesses Olga and Tatiana, then to Maria and Anastasia. He first began to teach French to the Tsesarevich and Heir Alexei in 1913. Gilliard grew fond of the family and following the Russian Revolution of 1917, he followed them into internal exile to Tobolsk, Siberia. The Bolsheviks prevented Gilliard from joining his pupils when they were moved to the Ipatiev House in Ekaterinburg in May 1918.

Gilliard remained in Siberia after the murders of the Imperial family, assisting White Russian investigator Nicholas Sokolov. In 1919, he married Alexandra Tegleva (1894-1955), who had been a nurse to Grand Duchess Anastasia. In 1920, he returned to Switzerland through Vladivostok, along with wife. He managed to save his archive – diaries, letters, memorabilia, photographs. In 1958, Gilliard was severely injured in a car accident in Lausanne, Switzerland. He never fully recovered and died four years later on 30 May 1962

It is important to note that in recent years Pierre Gilliard descendants have donated several memorial items to the Tsarskoye Selo State Museum. Among these are the *Eastman Kodak Bulls Eye camera (above)  from which he photographed the Imperial family in Tsarskoye Selo and later in exile in Tobolsk. According to Mr. Moser, his mother, the goddaughter of Gilliard, inherited this camera and explained that “Uncle Pierre” took all the photos at the Russian Court, and that “the emperor himself actually held the camera in his hands.” She showed pictures – in particular the one in which Gilliard and the Tsar sawed wood in Tobolsk (above). The photos which are featured in the documentary film illustrate the dramatic fate of the last Russian emperor and his family. The museum also received a tea set and a set of tableware, a gift to Gilliard from Grand Duchess Anastasia Nikolaevna, as well as a Faberge brooch and a Paul Bure golden pocket watch gifted by Empress Alexandra to Gilliard’s wife Alexandra Tegleva. 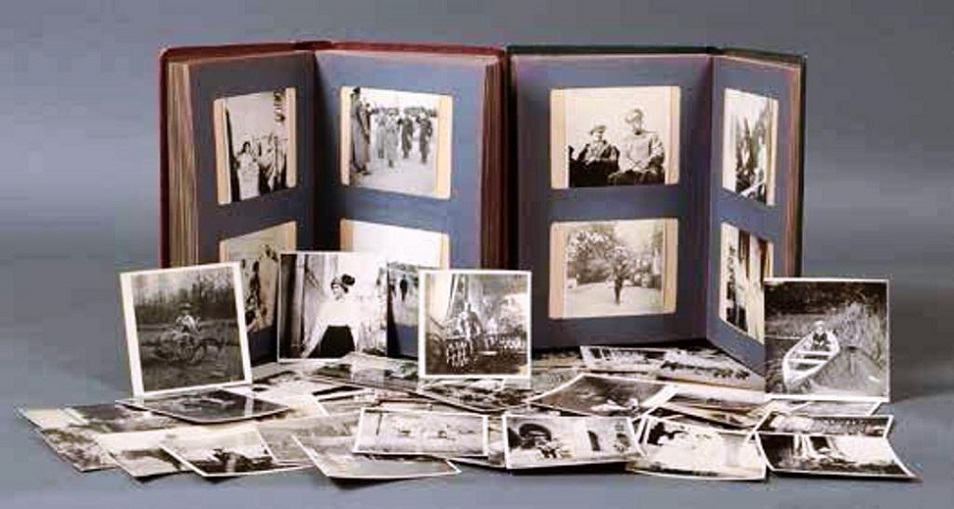