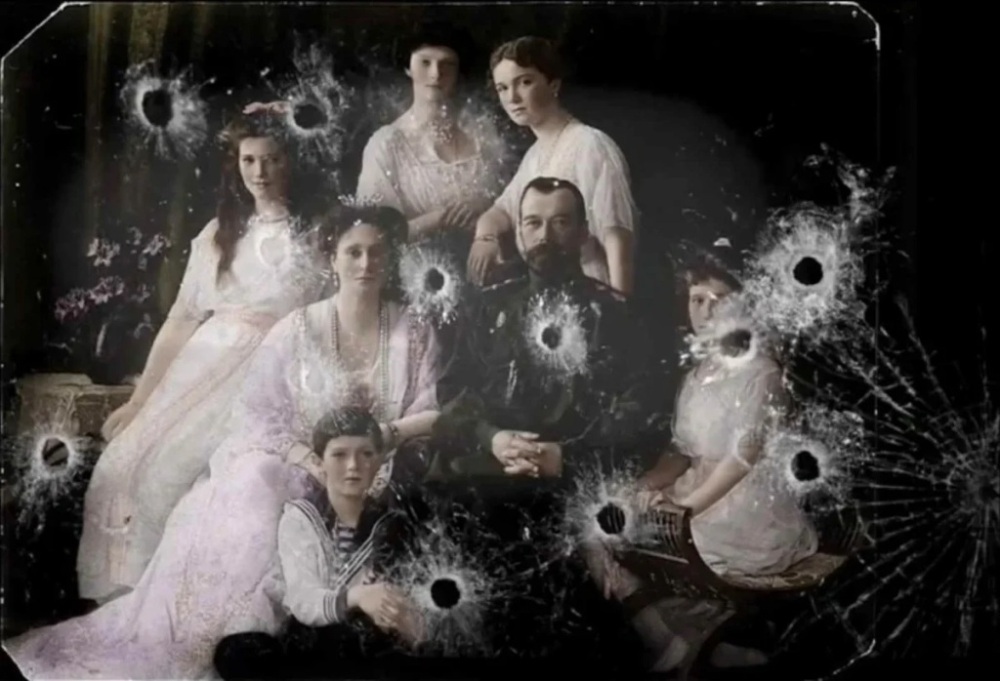 On the eve of the 102nd anniversary of the death and martyrdom of Emperor Nicholas II and his family at Ekaterinburg on 17th July 1918, the senior investigator of the Investigative Committee of the Russian Federation, Marina Molodtsova provided an update on the criminal investigation initiated in 2015 by the Russian Orthodox Church.

During an interview with the Izvestia News Agency, Molodtsova was asked, “you have been investigating the circumstances of the death and burial of the Tsar and his family for more than three years. What new information did the investigation manage to find out during this time?”

“Since the resumption of the case in 2015, 37 new forensic examinations have been carried out, including forensic (anthropological), molecular genetic, trasological, and handwriting analysis among others,” she stated. “In addition, various kinds of investigative experiments were conducted as part of the investigation. In some cases, their results allowed us to reconstruct a more complete picture of events.”

“For example, in the murder room located in the basement of the Ipatiev House, the dimensions of the room were reproduced. This recreation refuted the arguments by some researchers that 11 victims and the participants in the murders could not fit into such a small room.” 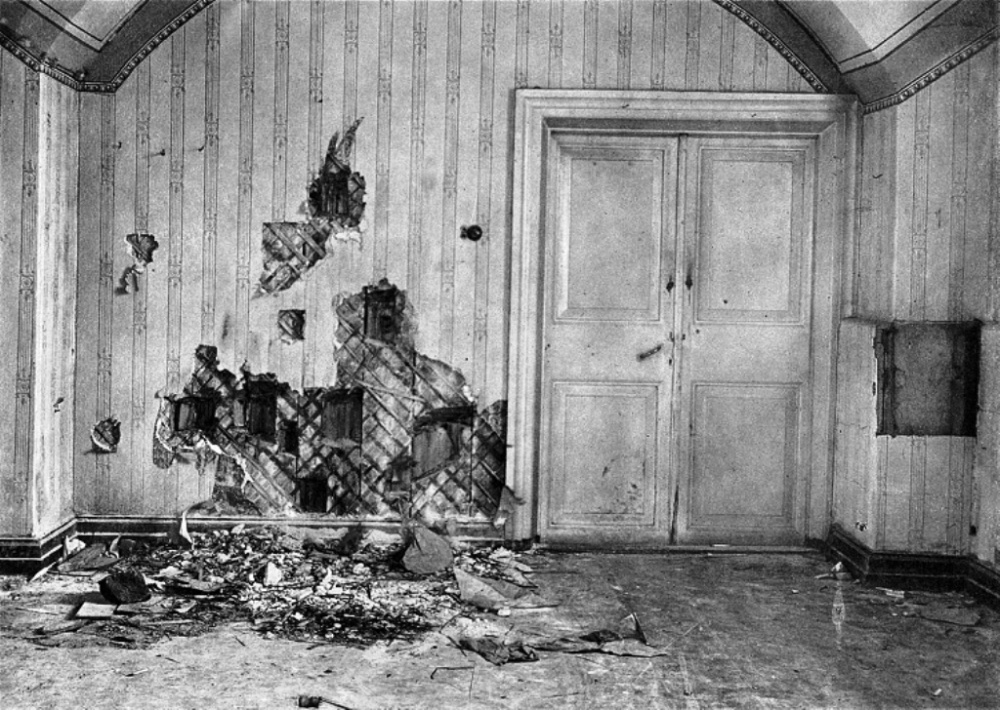 The basement room in the Ipatiev House in Ekaterinburg, where the Imperial Family were murdered

“Another investigative experiment refuted the popular held version that the bodies of the dead were destroyed using sulphuric acid and fire.” But many people consider this a fact, asked Izvestia.

“Yes, this theory has been rehashed for many years in popular science and historical publications. However, it was found that applying concentrated sulphuric acid to the surface of biological tissue slows down the process of their subsequent burning,” added Molotsova.

When asked what else was learned from the forensic examinations, Molodtsova replied:

“As part of the investigation, handwriting examinations were carried out on the notes of Commandant of the House of Special Purpose Yakov Yurovsky. His notes set out the events which occurred, including those on the night of 16/17 July 1918. The experts determined that on the now famous “Yurovsky Note” stored in the State Archives of the Russian Federation (GARF) in Moscow, corrections made to the note were made by Yurovsky himself, while another person added marginal notes and the addition at the end of the text.”

“Also, handwritten corrections in the transcript of Yurovsky’s speech at the meeting of the old Bolsheviks on 1st February 1934 (where he boasted about the regicide in Ekaterinburg) were made by Yurovsky himself.” 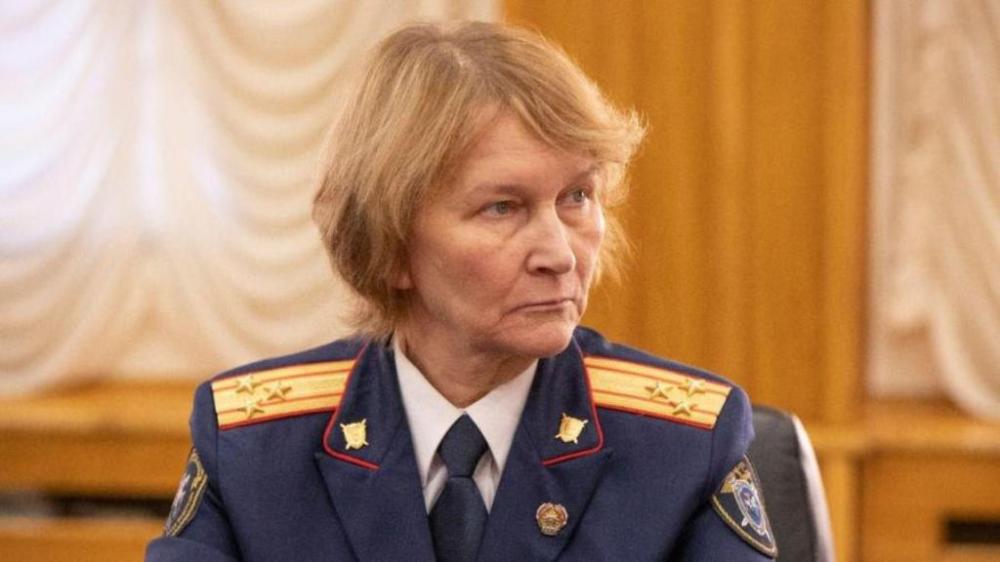 Senior investigator of the Investigative Committee of the Russian Federation, Marina Molodtsova

Molodtsova also noted, “in order to solve the questions posed as part of the judicial, historical and archival examination of the fate of the Imperial Family, a systematization of some 2,000 historical sources, including those located abroad, was carried out. Some of these sources are multi-volume. A lot of books and scientific papers have been written about the events surrounding the murder of the Imperial Family. The media regularly report a variety of versions and assumptions. We have checked all these contemporary versions as well. However, in this case, we have only taken into account the data from archival documents, primary sources and the results of both the previous and recent examinations.”

Not everyone recognizes that the remains found in 1979 near Ekaterinburg belong to members of the Imperial Family, so what is the situation with their identification now?

“Based on numerous examinations, the investigation has concluded that the remains belong to Nicholas II, his family and their faithful retainers,” added Molodtsova. “Nevertheless, we continue to collect materials and conduct further forensic examinations which we deem necessary in order to eliminate the slightest doubt. At the end of all examinations, their results will be evaluated.” 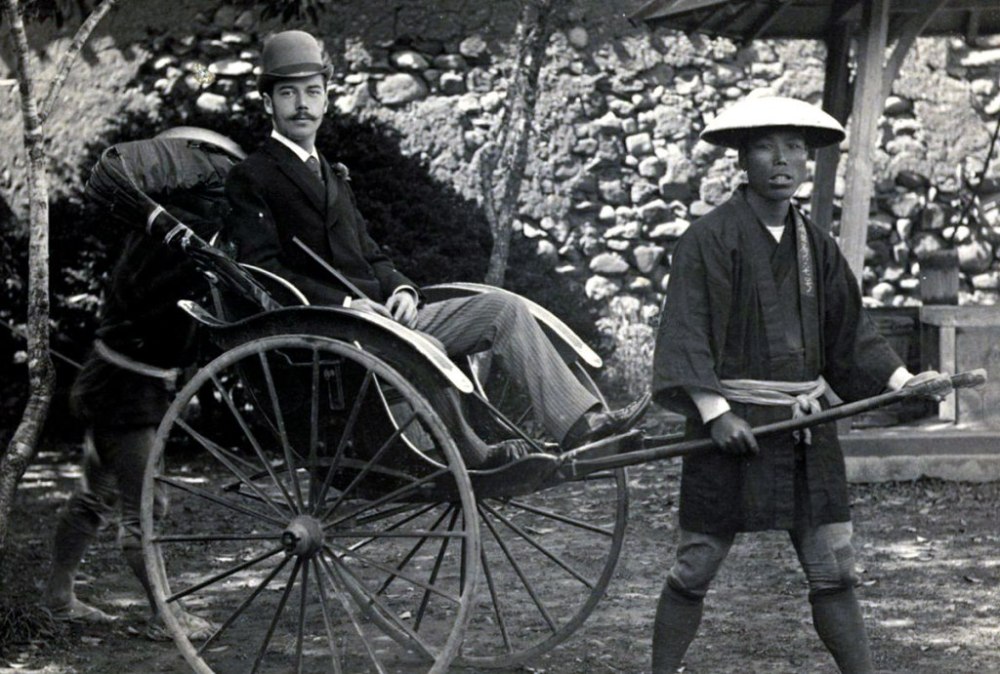 “For example, now experts are proposing to make a 3D-model of a hat, which was on the head of Tsesarevich Nicholas Alexandrovich at the time of the assassination attempt on his life in Japan. It is now kept in the Collection of the State Hermitage Museum in St. Petersburg. Three-dimensional copies of the hat and skull, identified as “N.A. Romanov,” can be compared and assessed if the marks found on the hat and the wound found on the skull match. The healed wounds were found on the right side of the cranial vault during an anthropological examination.”

“According to the mechanism of occurrence, localization, relative position, shape and dimensional characteristics, they are similar to the description of the injuries on the head of Nicholas Alexandrovich inflicted on him in 1891.”

Molodtsova was also asked which experts the investigation team turned to work with on the criminal case: 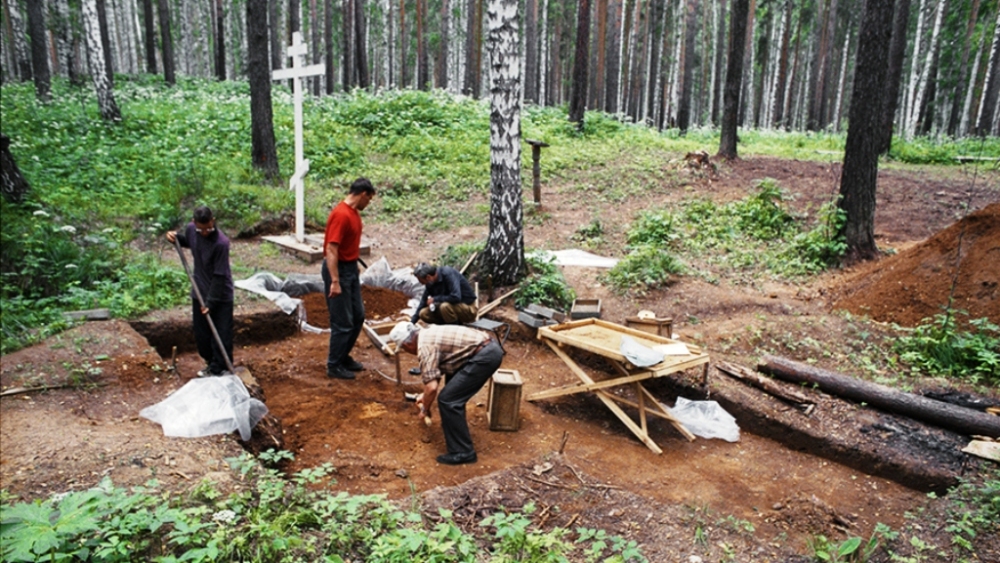 “I want to emphasize that all the specialists we have recruited are not exempt from their official activities and conduct research on a gratuitous basis,” Molotsova added.

The senior investigator was also asked about the study of the remains of Tsesarevich Alexei and Grand Duchess Maria found in 2007, and where their remains are stored today:

“According to the conclusion of molecular genetic examinations, the remains of two persons discovered in the summer of 2007 near the first burial place of nine other victims belong to the daughter and son of Nicholas II and Alexandra Feodorovna. Biological kinship for both parents was established with the maximum probability for both Alexei and Maria.”

“Due to the small number of bone fragments found, it can be assumed that one or more additional burial sites may be located near the place of discovery of the remains of two persons in 2007, that of Alexei and Maria. Their remains are in storage at the Novo-Spassky Monastery in Moscow, since all the necessary expert studies have not yet been completed.” 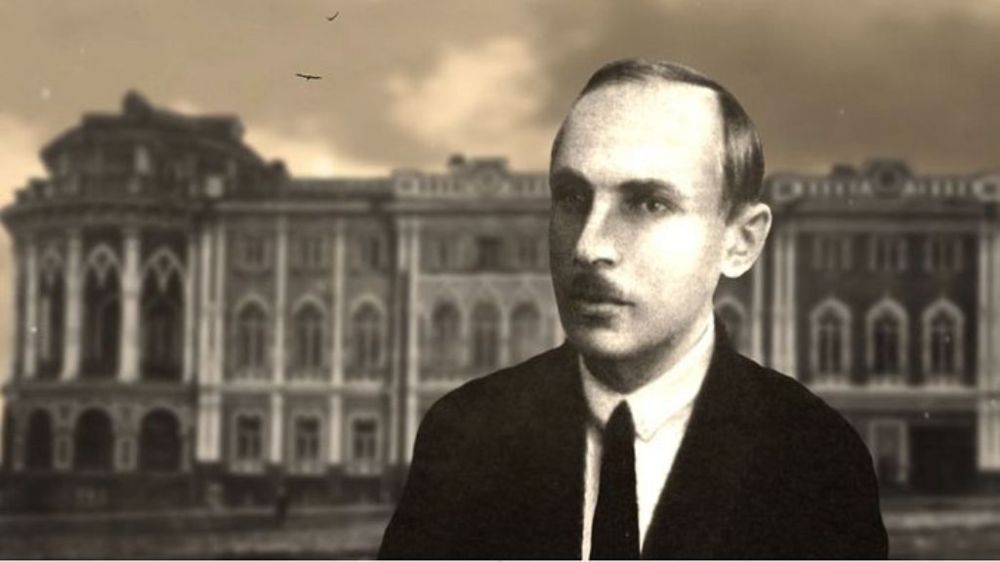 But what about the documents of the investigator Nikolai Sokolov:

“Copies of these materials are attached to our criminal case and are considered part of the evidence. As part of a historical and archival examination, data from official inspection reports compiled by Nikolai Sokolov and those cited in his book The Murder of the Tsar’s Family were initially compared with other materials. Significant discrepancies were revealed in the details and circumstances of the discovery of Sokolov’s investigation. This is of great importance: public opinion on this case was mainly based on the facts set forth in Sokolov’s book, since the primary sources on this issue were not available.”

“We are in regular communication with the Church Commission to study all the results of the remains found near Ekaterinburg. The investigation, in the manner prescribed by law, answers all questions that come to us from representatives of the Russian Orthodox Church. It is important to note that locating materials on this criminal case has been a very complicated and laborious process. No single register of all the documents in the case of the murder of the Imperial Family exists.’

“We have researched sources from around the world. These include public and private archives, museums and libraries in various cities in both Russia and abroad.”

“Finally, this important investigation has been the quintessence of many years of work by investigators, experts, scientists and researchers. The purpose of the investigation is to recreate and examine all the events and their participants as thoroughly as possible, objectively, using all the achievements of modern science. This is the task that the Chairman of the Investigative Committee set when he decided to transfer the criminal case to the Main Directorate for the Investigation of Highly Important Cases. We try to do our job professionally, efficiently and in strict accordance with the law. And the solution of questions of this kind does not apply to our work – rather, it needs to be asked to the public.” 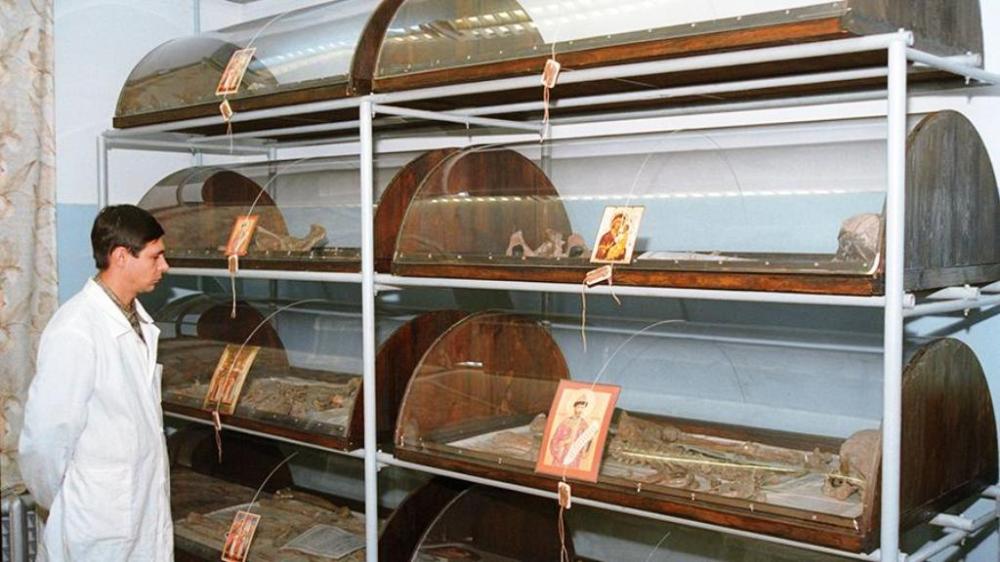 The remains of the Imperial Family in Ekaterinburg, 1997

On a final and personal note, as the investigation seems to be coming to a close, can we at last see a light at the end of the tunnel? Will the Russian Orthodox Church, at long last bring closure to this highly emotional and contentious issue? For the time being, we will have to wait until October when the bishops of the Holy Synod meet. Let us all hope and pray that they will at last accept the truth.