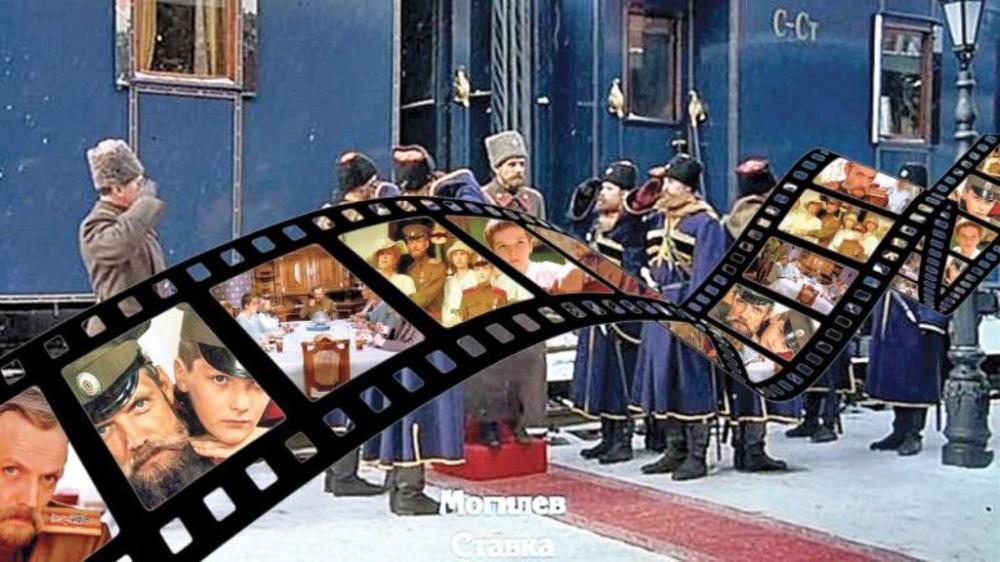 “A legacy that defied Bolshevik and Soviet attempts of erasure”

More than a century has passed since the murder of Emperor Nicholas II and his family was carried out by the Bolsheviks who seized power over Imperial Russia following the abdication of the Emperor on 16th March (O.S. 3rd March) 1917. The Soviet Union is no more. But the grandeur of pre-Soviet, Tsarist Russia continues to occupy the imagination of people across the world and the last Russian Imperial family has entered the annals of cinema in many a memorable work of moving images.

Among the cinematic works created around the Romanov family who were brutally murdered by the Ural Soviet on 17th July 1918, is the historical drama film ‘The Romanovs: An Imperial Family’. The Russian made which was released in 2000 having premiered at the 22nd Moscow Film Festival. This film is a must watch not only for ‘Romanovophiles’ but also for history buffs and movie lovers who enjoy the historical drama genre. Directed by internationally acclaimed Russian film director Gleb Anatolyevich Panfilov, it is a Russian language movie with Russian actor Aleksandr Galibin as Emperor Nicholas II and British actress Lynda Bellingham as Empress Alexandra Feodorovna.

The directorial craft of the movie brings to life the perceptions and perspectives of Nicholas II and his family during the last stage of their lives and shows how the imperial family perceived and responded to news of the turmoil in the country that was creating a tide of antipathy towards the monarchy. The narrative shows the humaneness of the Tsar and his family bringing to life their humanity which makes this an endearing film.

Contrary to what Soviet propaganda sought to perpetuate during the reign of communism in Russia, that the Imperial family were cold and uncaring towards the masses, Panfilov’s vision shows how the Romanovs were caring people with admirable humane qualities and talents which even their captors could not help but secretly appreciate.

The movie is quite compelling with a cast of good actors and a plot structure that drives forward the drama of events and action principally through the somewhat insular characters of the Imperial family. Galibin delivers a superb performance as His Imperial Majesty Tsar Nicholas. The character that is brought to life in Panfilov’s directorial vision is one who is much a human with his principal weakness being perhaps that he was torn between how to focus and devote himself and his efforts on being a good father while also being a good monarch and to win the love and respect of all.

The Tsar and Tsarina are shown as two loving humans who are solid in their spousal and parental love. The Imperial children are portrayed as children who feel emotions of sadness, fear, anger and love just like any other, and how they are made hapless victims of a political agenda that overawes all forms of governance and power that formed the old order of imperial Russia.

The revolution is not shown in prominence through extensive scenes of armed conflicts but as more a series of events brought to the knowledge of the Tsar and his family at various stages from February 1917 to the fated day of their massacre in Ekaterinburg on 17th July 1918. Their grasp of matters that near their unseen doom, as a gradual and coldly unnerving series of changes in their household brings to life the ‘psychological environment’ the Imperial family inhabited in their last days. The Tsar and his family are meant to endure suffering that is much more psychological than physical and thus the slow torment and torture of the Romanovs at the hands of the communist red army captors are brought to life.

The Ipatiev House, In what is called the ‘House of Special Purpose’ by the Bolsheviks, a residence located in Ekaterinburg in Western Siberia, the Imperial family is kept under guard, after the Tsar’s abdication and monarchical rule ends and the family finds themselves being political prisoners. However, the ‘House of Special Purpose’ becomes the slaughter house where the massacre of the imperial family and their remaining staff takes place past midnight on 17th July 1918. The murder carried out by the Bolsheviks brings the narrative of the Romanovs to an end. The scene which follows as the end of the film is documentary footage of the scene of canonization of the Romanov family in Russiain 2000.

The final scene is a strong message that one sees at the end of the film when reading it in context of post-Soviet Russia. The statues of Lenin who founded the Union of Soviet Socialist Republics (USSR) have been brought down with the end of the Soviet Union and his legacy now enjoys no glory among Russians. The Romanovs, however, have once again been reborn in their nation’s collective heart and soul, to remain adored in the Russian people’s memory. 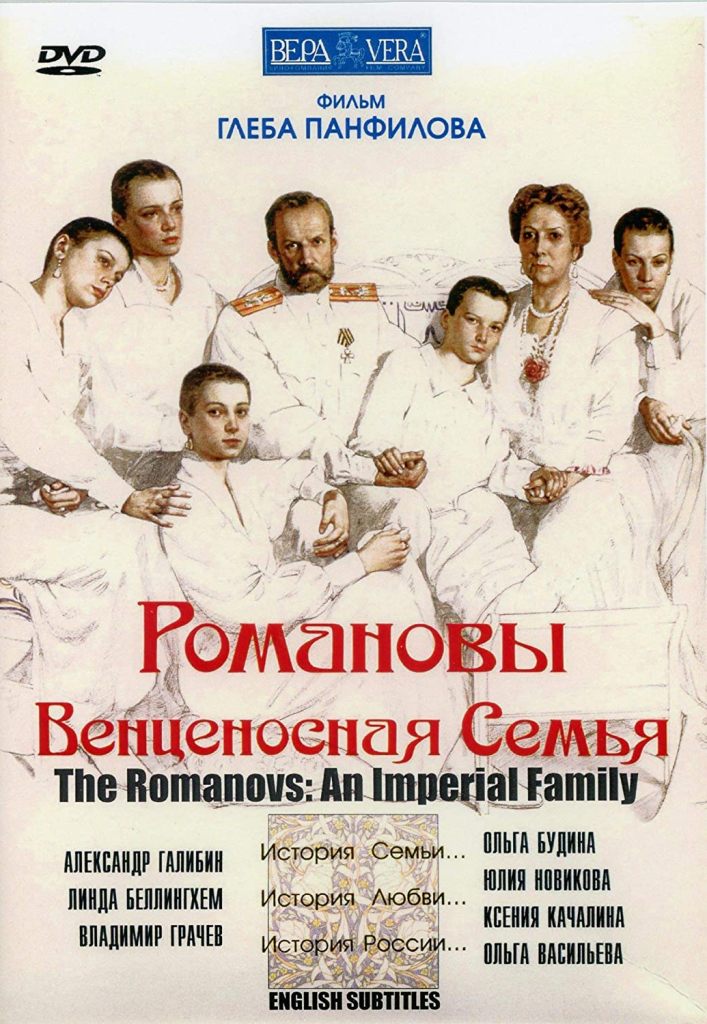 ‘The Romanovs: An Imperial Family’ is presented in this post in 13 x 10 minute videos, with ENGLISH subtitles.

This film presents the most historically accurate version of events available to an English audience to date. Unlike Massie’s ‘Nicholas and Alexandra’ (1971), Panfilov filmed entirely in Russia, with many scenes filmed inside the Alexander Palace at Tsarskoye Selo. Furniture was specially created for this film, which can be seen on display in the palace to this day. The recreation of the private apartments of the Imperial family in the Alexander Palace and the Tsar’s Imperial Train are truly remarkable.Overall, the film is visually stunning!

I invite you to make yourself a cup of tea or pour a glass of your favourite wine, sit back, relax and enjoy ‘The Romanovs: An Imperial Family’ – PG