Imperial Anthem of the Russian Empire

God, Save the Tsar! (Russian: Боже, Царя храни!; transliteration: Bozhe, Tsarya khrani!) was the national anthem of the former Russian Empire. The song was chosen from a competition held in 1833 and was first performed on 6th December (O.S. 23 November) 1833. The composer was violinist Alexei Lvov, and the lyrics were by the court poet Vasily Zhukovsky.

In 1833, Tsar Nicholas I (1796-1855) ordered Count Alexey Fyodorovich Lvov (1799-1870), the violinist and army general who was his court composer and aide-de-camp, to compose new music to replace the air that since 1816 had served as the music for the Russian Empire’s Anthem God Save the Tsar, namely Henry Hugh Carey’s God, Save the King. The lyrics of “God Save the Tsar” (Bozhe Tsarya Khranii) date from 1815 and came from Prayers of the Russian People by Vasily Andreyevich Zhukovsky (1783-1852), an officer and poet who served as tutor to the Tsesarevich Alexander Nikolayevich, the future Tsar-Liberator Alexander II.

After some initial creative difficulties, the melody that would serve as the anthem of the Russian Empire for the remainder of its existence came to Lvov in the course of a single night’s inspiration; he succeeded in creating a work of majesty and power that was suitable for the army, the church and the people – indeed, for the entire realm. None other than the great Alexander Pushkin himself reworked Zhukovsky’s verses to adapt them to Lvov’s new hymn. It was the first national anthem in Russian history to feature music and lyrics by Russian authors.

Upon hearing its beautiful strains for the first time, Nicholas I ordered the work repeated several times. At the close of the final rendition, the Tsar – a stern and military-minded ruler who was to be vilified by Karl Marx and Friedrich Engels as the “Gendarme of Europe” for his crushing of the forces of revolution wherever they appeared – clasped the composer’s hand with tears in his eyes and uttered the single word: “Splendid!”

The public premier of God, Save the Tsar took place on 6 December (O.S. 23rd November) 1833 at the Bolshoi Theater in Moscow, where it was performed by a choir of one hundred singers and two military bands. At Christmas that same year, by the Tsar’s personal order it was performed by military bands in every hall of the Winter Palace in Saint Petersburg. A week later, the Emperor issued a decree declaring the anthem a “civil prayer” to be performed at all parades and official ceremonies. As was the case with the Preobrazhensky March, the most widely-used arrangement for military band of God, Save the Tsar was created by Ferdinand Haase; it was the shortest anthem in the world at eight lines.

During the Coronation of Tsar Alexander II in 1855, Lvov led one thousand singers and two thousand musicians in a rendition of God Save the Tsar, the first performance of the anthem at a coronation. As Lvov directed the choir and orchestra, he, by means of galvanic batteries, set off forty-nine cannons, one by one, sometimes on the beat. At the conclusion, hundreds of Roman candles and rockets soared into the sky.

God, Save the Tsar! remained the Russian Empire’s national hymn until the February Revolution of 1917, after which the Worker’s Marseillaise was adopted as the new national anthem until the overthrow of the Russian Provisional Government in October of the same year.

God, save the Tsar!
Strong, sovereign,
Reign for glory, For our glory!

Reign to foes’ fear,
Orthodox Tsar.
God, save the Tsar!

Below, are a selection of videos which present a variety of renditions of God, Save the Tsar! Боже, Царя храни!, performed by Russian Orthodox and professional choir ensembles – courtesy of YouTube:

1. Beautiful rendition of God, Save the Tsar! with vintage newsreels of the Imperial family. Duration: 2 minutes, 38 seconds 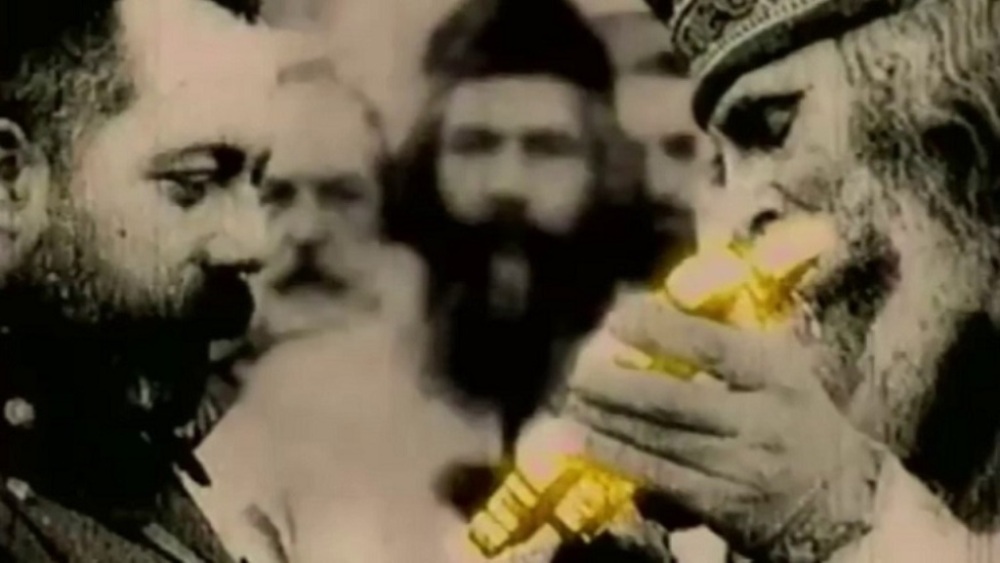