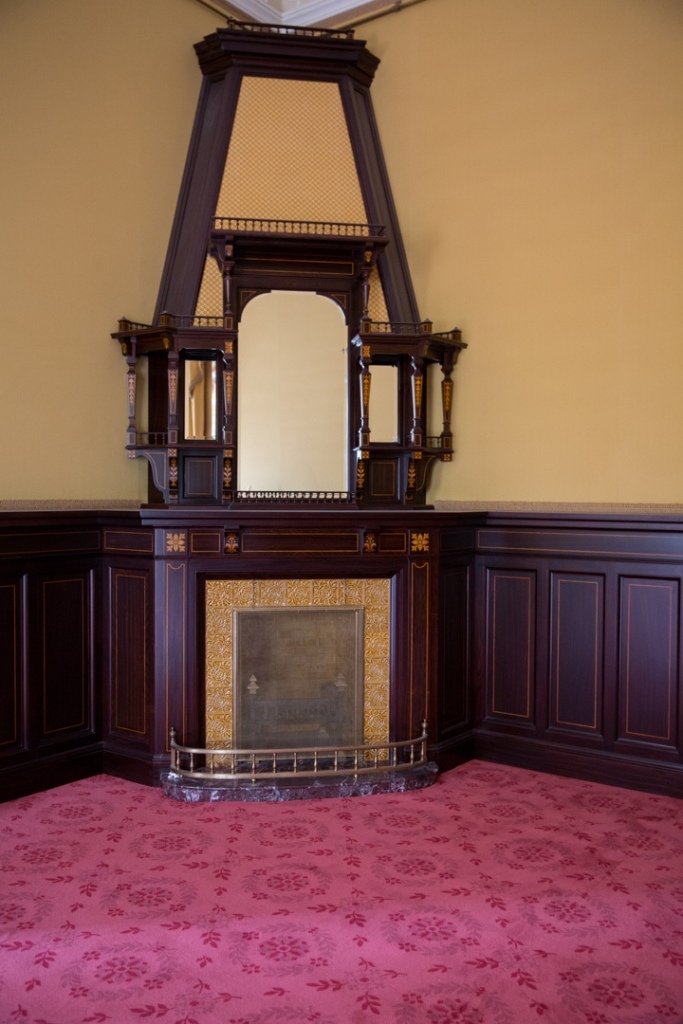 As the next stage of the restoration of the Alexander Palace comes to an end, it is important to recognize the generosity of individuals and businesses who have made gifts for the interiors of the former apartments of Nicholas II and Alexandra Feodorovna.

These gifts will be showcased in the recreated interiors of the Pallisander (Rosewood) Drawing Room and the Mauve (Lilac) Boudoir of Empress Alexandra Feodorovna, as well as the New Study of Emperor Nicholas II.

The making of carpets, drapes, cushions was a laborious and complex process associated which involved the careful study of historical samples preserved in the museum’s collection, which became analogs for the decoration of the historic interiors of the Alexander Palace. 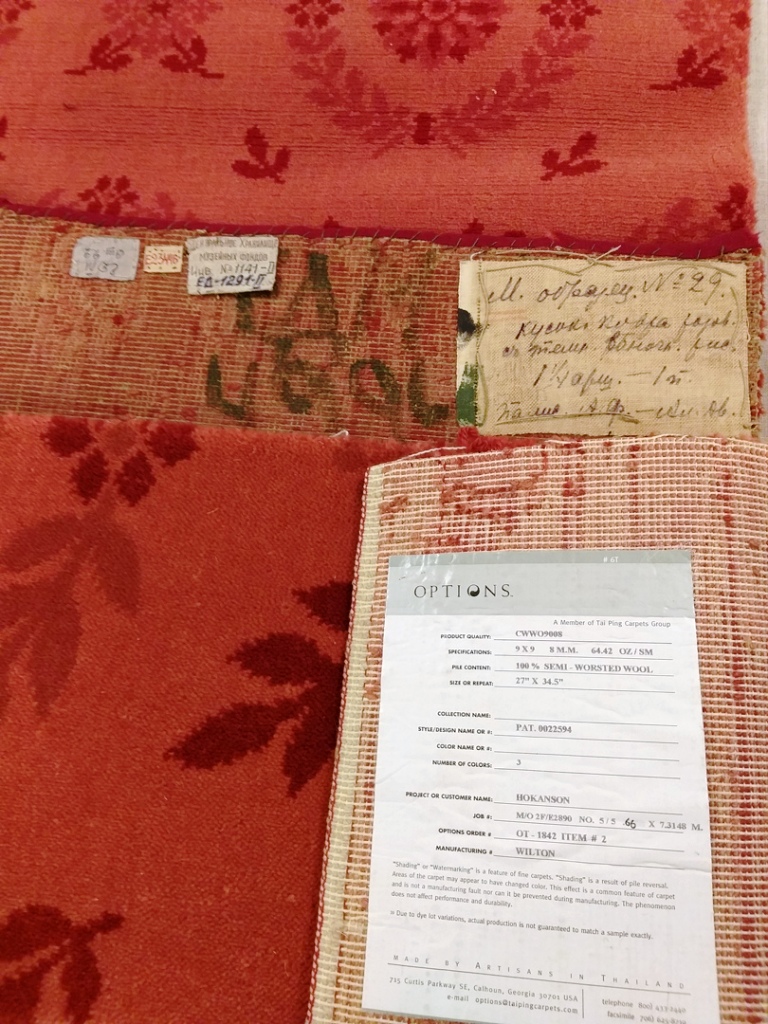 Larry Hokanson, a carpet designer in the United States, became the first donor who expressed a desire to participate in the recreation of the interior decoration of the Alexander Palace. Mr. Hokanson undertook to recreate the Wilton carpet for the Pallisander (Rosewood) Drawing Room, which was lost during the Great Patriotic War (1941-45), based on the historical sample preserved in the museum’s collection. This carpet, with a simple but delicate floral design over a purple background, featured a distinctive weave typical of vintage English handmade wool carpets. The Hokanson factory was able to replicate this sophisticated weaving technique, colour and pattern exactly. The magnificent replicated carpet was gifted to the museum in 2013, the year marking the 300th anniversary of St. Petersburg.

Up until now, this valuable gift has been kept in the museum’s funds, the purple Wilton carpet has now been laid in the recreated Pallisander (Rosewood) Drawing Room. 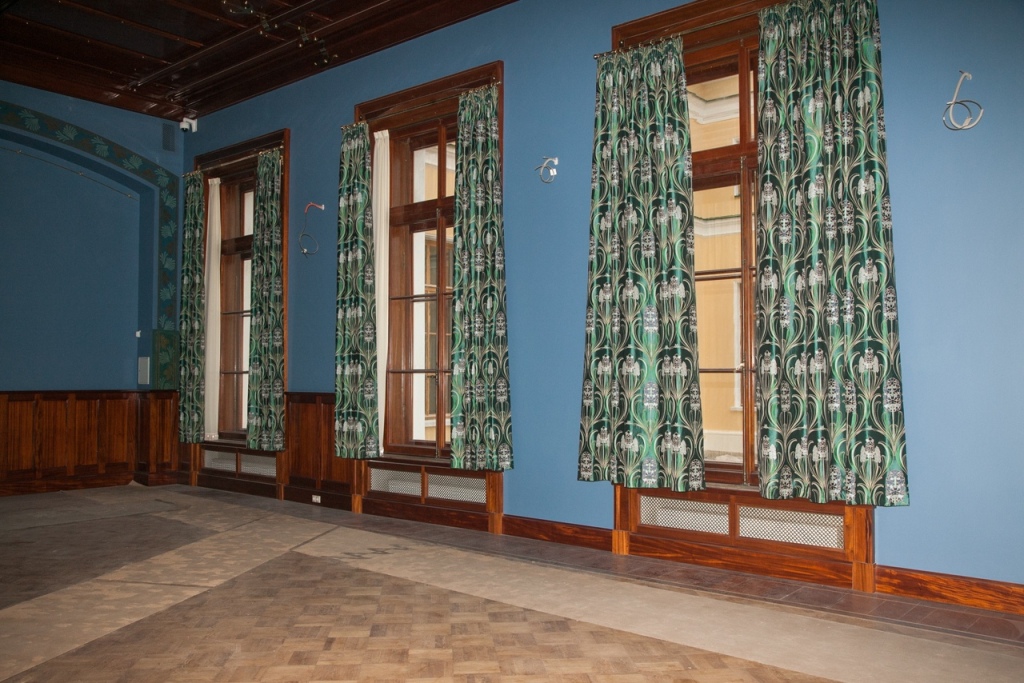 PHOTO: curtains recreated for the New Study of Nicholas II

In 2011, fabrics for the production of curtains for the New Study of Nicholas II were donated to the Alexander Palace, by the Swiss company Fabric Frontlain with the financial support of Tissura. Fabric with hyacinths were recreated from an historical sample preserved in the Tsarskoye Selo Collection.

In 2020, Janusz Anzhey Szymaniak, General Director of the Renaissance Workshops for the Restoration of Antique Monuments, donated sets of pillows and cushions for sofas in the Mauve (Lilac) Boudoir, made at the St. Petersburg enterprise Le Lux. The fabric for these items was recreated according to the historical model preserved at the Italian factory Rubelli, and the intricately woven silk tassels at the Polish company Re Kon Art. 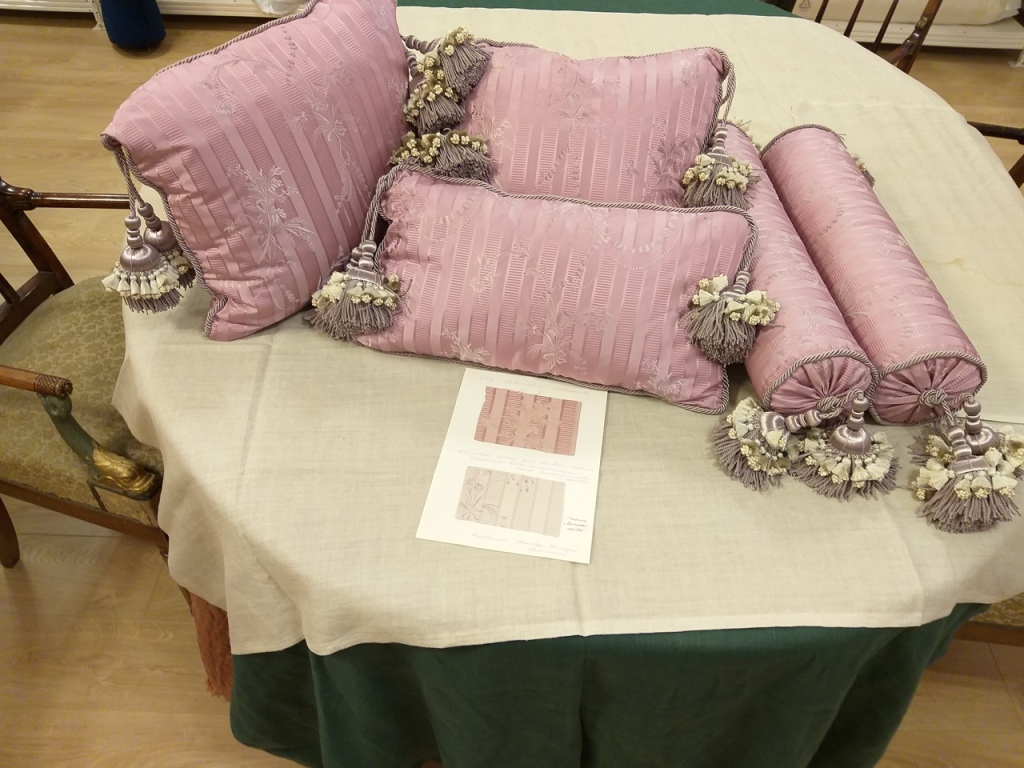 In the outgoing year, work on the interior decoration of the Moorish Bathroom of Nicholas II continued in the Alexander Palace. Acquiring a reed mat for wall decoration turned out to be a difficult task. This special mat of traditional Japanese weaving not only decorated the walls of the interior, but also protected them from damage. The museum asked Tsutsui Akiyuki, Vice Consul of the Japanese Consulate General in St. Petersburg for cultural affairs, for help. Mr. Tsutsui was of great assistance in resolving the issue of acquiring a reed mat and is now in charge of the issue of its delivery from Japan to the Alexander Palace. Unfortunately, due to the COVID-19 pandemic, the mat can not be delivered within the originally planned timeframe.

Dear Reader: If you enjoy my updates on the restoration of the Alexander Palace, then please help support my research by making a donation in US or Canadian dollars – donations can be made by GoFundMe, PayPal, credit card, personal check or money order. Click HERE to make a donation – the net proceeds help fund my work, including research, translations, etc. Thank you for your consideration – PG