The venue for the event was St. John of Shanghai Orthodox Church in Colchester, Essex, which is situated about an hour’s train journey from London. It was truly meaningful and appropriate that the conference should take place at the Church of St John of Shanghai, who did so much for the glorification of the Holy Royal Passion-Bearers.

This historic event brought people from no less than 11 countries: England, Wales, Ireland, the Netherlands, France, Denmark, Vatican City, Russia and from as far away as Canada, America and Australia.

Among the guests was Metropolitan Jonah (Paffhausen), who travelled from Washington, DC for the event. His Eminence is a retired American Orthodox bishop who served as the primate of the Orthodox Church in America (OCA) with the title The Most Blessed Archbishop of Washington, Metropolitan of All America and Canada from his election on November 12, 2008, until his resignation on July 7, 2012. Metropolitan Jonah was the first convert to the Orthodox faith to have been elected as the primate of the OCA.

On June 15, 2015, Metropolitan Jonah was released from the Orthodox Church in America in order for him to be accepted as a bishop of the Russian Orthodox Church Outside Russia.

Greetings for the conference and its attendees were received by letter from Vice-Chairman of the Department for External Relations of the Moscow Patriarchate Archimandrite Philaret; Head of the Russian Imperial House Her Imperial Highness Grand Duchess Maria Vladimirovna; and His eminence Archbishop Gregorios of Thyateira and Great Britain.

The conference featured 5 speakers, who presented 7 papers, some of which were dedicated to clearing the name of the much slandered tsar. 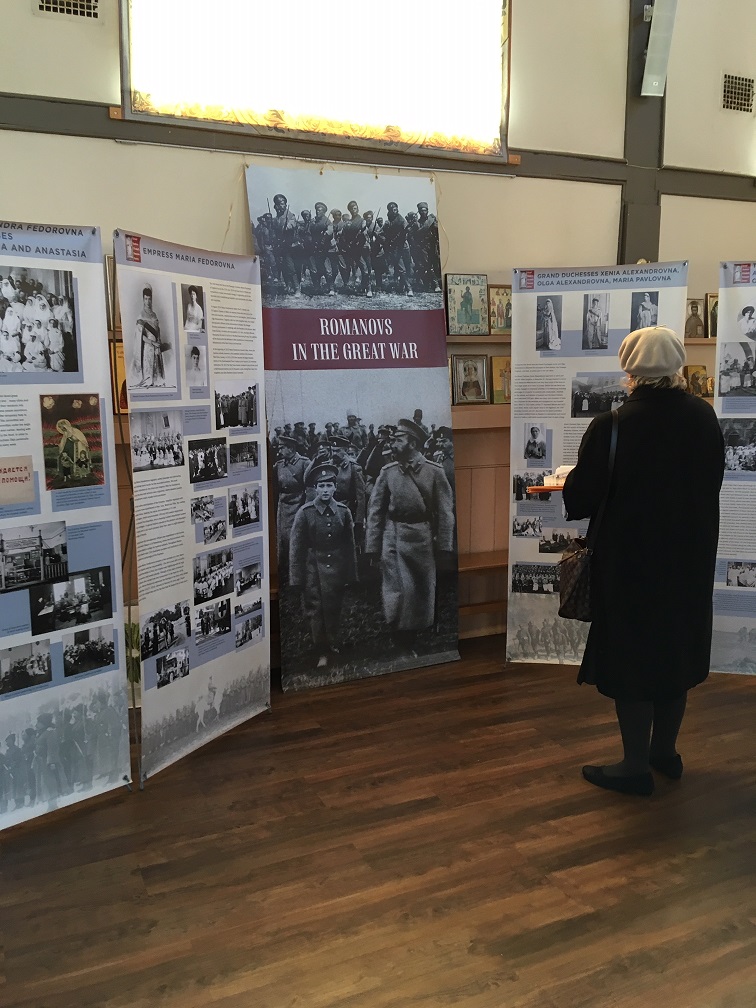 ‘Romanovs During the First World War: Charity and Heroism’ exhibit

The Grand Duchess Elizabeth Romanov Society UK provided 10 exhibit banners from the society’s exhibition Romanovs During the First World War: Charity and Heroism. The exhibit featured photos, post cards and documents from the Russian archives and private collections. The exhibition was produced by GDER society, St Tichon’s Theological University, Moscow, and The Society of Card Collectors. All the information in English.

Holy Trinity Publications set up a table offering copies for sale of ‘The Romanovs’ Under House Arrest‘, co-authored by Marilyn Swezey, and ‘The Romanovs: Family of Faith and Charity‘, a children’s book by Maria Maximova.

Royal Russia Publications also set up a table offering copies of ALL current and back issues of ‘Sovereign: The Life and Reign of Emperor Nicholas II‘.

To my dearest friends Mike and Julia Carr, and David Clark for all their dedication and hard work in helping to set up the church and meeting hall, assisting with registration, book sales, lunch, teas and coffee, etc. 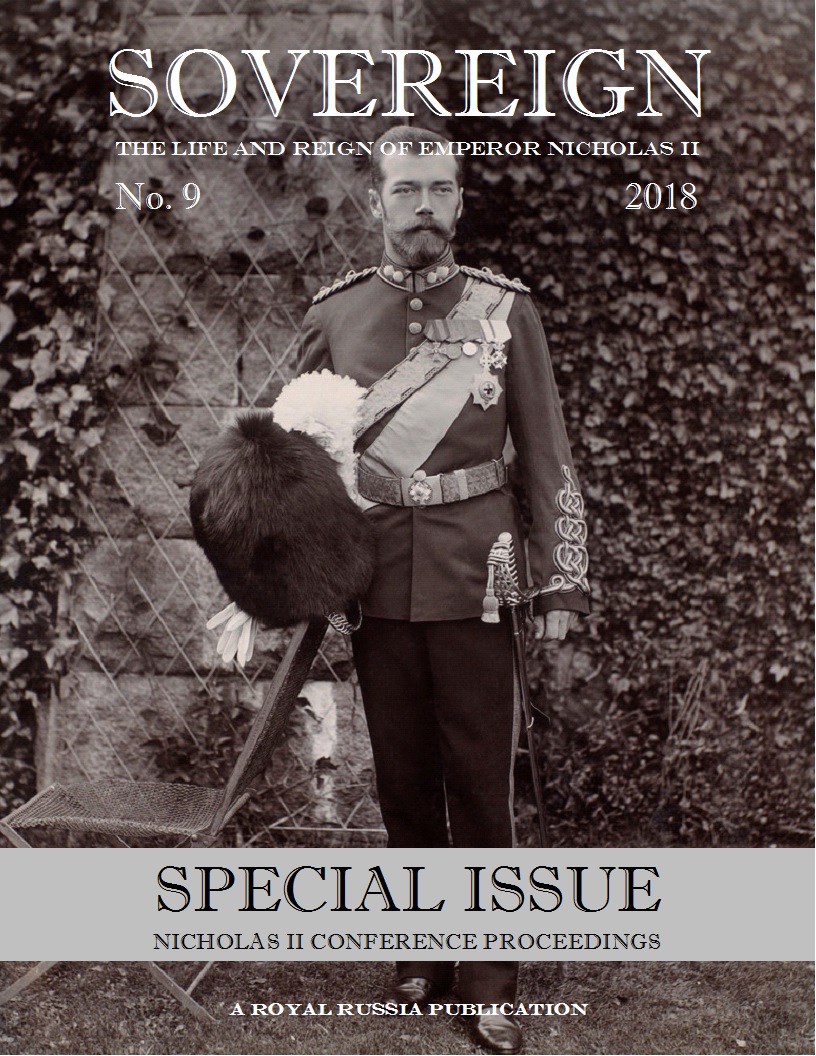 The Nicholas II Conference proceedings have been published in a special ‘limited edition’ issue of Sovereign. The No. 9 Conference issue includes all seven papers + photographs. Copies are available from the Royal Russia Bookshop. Price: $25.00 CAD + postage.

Given that the conference was held in England, it seemed only fitting the the cover photo of this special issue should feature Tsar Nicholas II, who served as Colonel in Chief of The Royal Scots Greys from 1894-1918.

NOTE: the 2nd International Nicholas II. Emperor. Tsar. Saint. Conference will be held on Saturday 15th May 2021, at the Holy Trinity in Jordanville, New York