The above VIDEO is an announcement for the procession, which highlights the route known as the Path of Sorrow of the Holy Royal Passion-Bearers immortalized by the Russian Orthodox Church with churches in Ekaterinburg.

In the early morning of 30th April 2018, a religious procession took place in Ekaterinburg marking the 100th anniversary of the arrival of Nicholas II and members of his family from Tobolsk. More than 1,500 people took park in the prayer procession, which passed from the Memorial Cross in the area of the Shartash Railway Station to the Church on the Blood – built on the site of the former Ipatiev House, where Nicholas II, his consort Alexandra, their five children, and four faithful retainers were all murdered on the night of 16/17 July 1918 by members of the Ural Soviet. 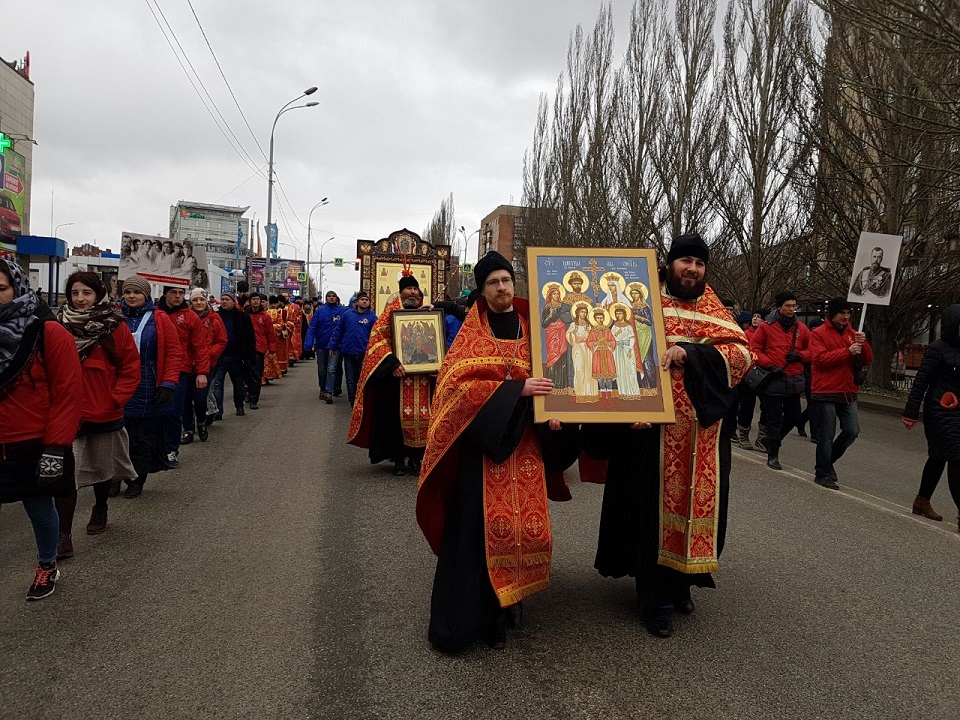 Emperor Nicholas II, Empress Alexandra Feodorovna, and their daughter Grand Duchess Maria Nikolaevna were transferred from Tobolsk, and handed over to the Ural Soviet on 30th April 1918. They were accompanied by the Tsar’s aide Prince Vasily Dolgorukov, the family’s physician Dr. Eugene Botkin, and three servants. The rest of the family: Grand Duchesses Olga, Tatiana, Anastasia, and Tsesarevich Alexei were brought to Ekaterinburg in May 1918.

The procession was headed by the bishops of the Ekaterinburg Diocese: Metropolitan Kirill of Yekaterinburg and Verkhoturye, Bishop of Kamensk and Alapaevsky Methodius, Bishop of Sredneuralsky Eugene, vicar of Ekaterinburg diocese, Bishop of Serov and Krasnoturinsky Alexy.

The procession was attended by numerous clergy and monastics, Cossacks, monarchists, as well as students of the Ekaterinburg theological seminary, nurses and volunteers of the Orthodox Relief Service, representatives of Orthodox brotherhoods, employees and volunteers of the Nika Charity Fund, representatives of youth parish clubs, members of the Youth Cossack organization of the Sverdlovsk region, activists of the youth department of the diocese, as well as numerous parishioners of the churches of the Ekaterinburg diocese.

Crusaders dressed in red jackets carried banners, icons, as well as images of Emperor Nicholas II and the Holy Royal Family, thereby emphasizing the importance of the year of marking the 100th anniversary of the death and martyrdom of the Holy Royal Passion-Bearers. 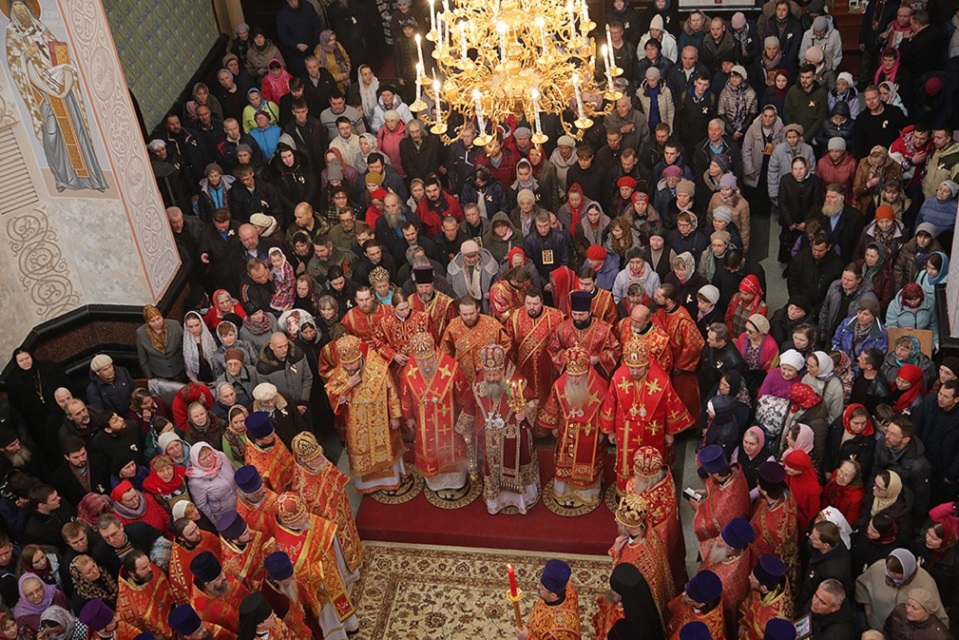 The column of believers began its memorable procession, dedicated to the 100th anniversary of the arrival of Nicholas II and members of his family in Ekaterinburg from Tobolsk, from the Memorial Cross and the foundation stone, which are located near Shartash Railway Station (in 1918 – Yekaterinburg-II Station), on the future site of the Church in Honour of the Icon of the Mother of God “Valaam” – one of the three miraculous icons, revealed during the reign of Nicholas II.

The arrival and the route known as the “Path of Sorrow of the Holy Royal Passion-Bearers” are immortalized by the Russian Orthodox Church with churches in Ekaterinburg.

The memorial procession ended at the Church on the Blood, where Metropolitan Kirill, delivered a Divine Liturgy.

The above VIDEO shows the cross procession and the episcopal Divine Liturgy held in memory of the arrival in Ekaterinburg from Tobolsk of Nicholas II and members of his family on 30th April 1918. The Divine Liturgy was performed in the Church on the Blood, by Metropolitan Kirill of Yekaterinburg and Verkhoturye and the bishops of the Ekaterinburg Diocese.