On 10th April 2018, the Museum of Holy Royal Martyrs opened in the Museum of Russian Art in Moscow. The permanent exhibit Family of the Emperor includes personal items, historical relics, photographs and other exhibits which reflect the life of the last Russian Emperor Nicholas II and his family. Many exhibits are presented to visitors for the very first time.

“There are a lot of personal items here of the Emperor Nicholas II and his family, including an icon, a napkin, photographs, and more. Not only are they historical artifacts, they have a cardinal value for Orthodox people, like any object of a loved one who has left us” – said Konstantin Kapkov.

The exposition features items from the private collection of the famous Moscow artist-restorer Alexander Vasilyevich Renzhin, who over the past few decades has reverently collected everything connected with the memory of Nicholas II, his family and his ancestors. Renzhin is a collector, artist, icon painter, art historian, researcher, restorer, and an expert of the Ministry of Culture of the Russian Federation in the field of paintings and church art. He is the Founder and head of the icon painting workshops Kupina (1987) and Kanon (since 1995). 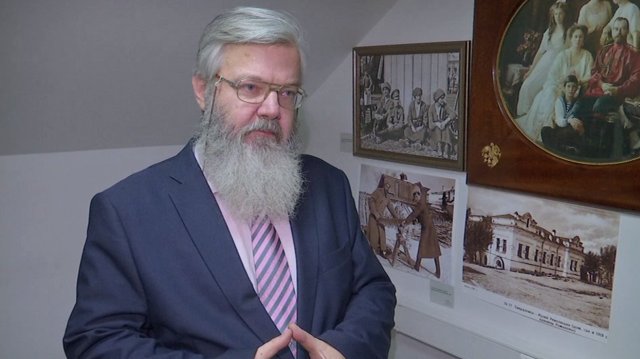 Doctor of Historical Sciences, and member of the Council of the Double-Headed Eagle Society Vladimir Lavrov notes:

“The year marking the 100th anniversary of the murder of the last Tsar and his family should be a year of historical memory. We must live it with honour, and it is very important that a center, a museum of spiritual and moral education, centered on the fate and reign of Nicholas II, be created. It is of great importance that the museum be Russian, Orthodox, and in Moscow … “

As a convinced monarchist, the creator of the exposition is convinced that this year will be the beginning of the revival of the historical form of government in Russia. Just as it happened in 1613 after the feat of the national hero Ivan Susanin. The feat, glorified in Mikhail Glinka’s opera Life for the Tsar, which sounded, including, at the last coronation in 1896.

“We placed Glinka’s score with in our exposition, and in front of it sits a double-lamp, which was specially made for the coronation of the Emperor Nicholas II and the Empress Alexandra Feodorovna, held in Moscow in May 1896. But now the lamp lies unlit. But it is my hope, that in Russian patriotic circles, we will find opportunities to revive not only Orthodoxy in it’s highest form during the era of Nicholas II, but we will revive autocracy and relight this lamp!”

The permanent exhibition Family of the Emperor is open daily, except Monday, in the Museum of Russian Art in Moscow.