In December 2019, The Holy Royal Martyrs in the History of Siberia was held in Tyumen, as part of the celebration of the 400th anniversary of the Tobolsk Metropolis. The events included a competition of paintings by children depicting Emperor Nicholas II and his family.

More than 40 children participated in the competition. The ceremonial awarding of the finalists took place on 10th December as part of the Christmas holiday for students of the Tyumen Orthodox Gymnasium. Organizers noted that the children submitted “colourful, creative work”, distinguished by each child’s skill and dedication.

“The Imperial family out for a walk”

“The Imperial family out for a walk in Tobolsk” 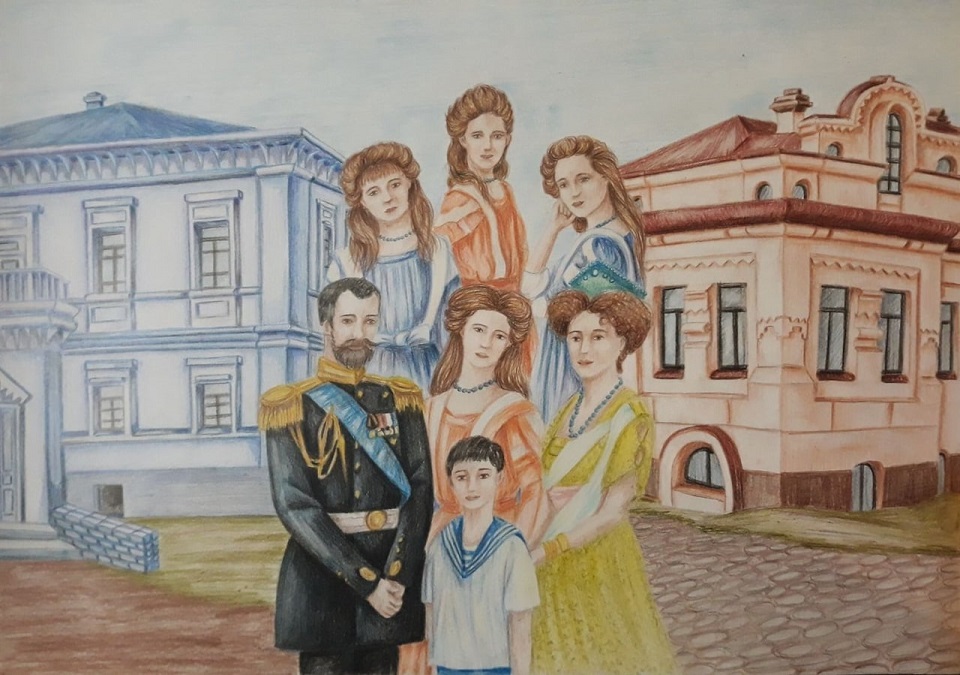 “From Tobolsk to Yekaterinburg”

Metropolitan Demetrius of Tobolsk and Tyumen took part in the award ceremony and thanked the young people of Tyumen for their participation in the competition.

“It is gratifying that many participants reflected the most important essence, which is inherent in the title of the contest: the family of the last Emperor Nicholas II, the Royal Martyrs in the history of Siberia. Children approached the task responsibly, invested their souls, reflected the high moral and spiritual values ​​inherent in Nicholas II and his family,” noted Vladyka Dimitri.