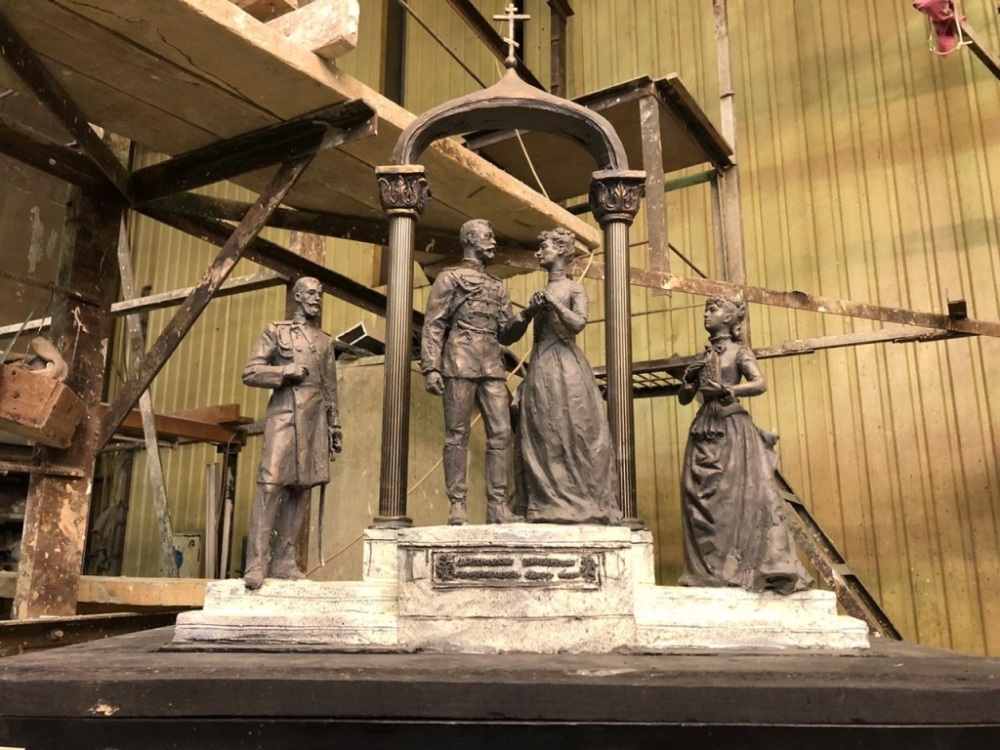 On 20th February 2020, I published an article Monument to Nicholas and Alexandra to be established in Crimea, a new monument marking a unique day, to be installed in the Russian city of Alushta, (situated 36 km from Yalta in Crimea) in the autumn of this year.

It was in the autumn of 1894, that Tsar Alexander III’s health began to further deteriorate. Nicholas obtained the permission of his dying father to summon Alix to the Imperial family’s Crimean palace of Livadia.

Tsesarevich Nicholas Alexandrovich and Princess Alix of Hesse and by Rhine

The monument will be established in the Crimean town of Alushta on 10th October 2020, the same date in which the meeting of Tsesarevich Nicholas Alexandrovich and his future wife Princess Alix of Hesse and by Rhine took place in 1894. The cost of the monument will be 18,500,000 rubles ($242,000 USD).

Meeting of the Tsesarevich and his bride in Alushta. 10 October 1894

Tsesarevich Nicholas Alexandrovich wrote in his diary that day:

At 9.30 I set out with Uncle Sergei to Alushta, where we arrived at one o’clock in the afternoon. Ten minutes later my beloved Alix arrived from Simferopol with Ella. After luncheon I got into the carriage with Alix and we drove together to Livadia.

My God! What a joy to meet her here at home and to have her near to me—half my cares and worries have been lifted from my shoulders. I was overcome with emotion when we went in to the dear Parents. Papa was weaker today, and Alix’s arrival, together with his talk with Father Ioann [John of Kronstadt], have worn him out! 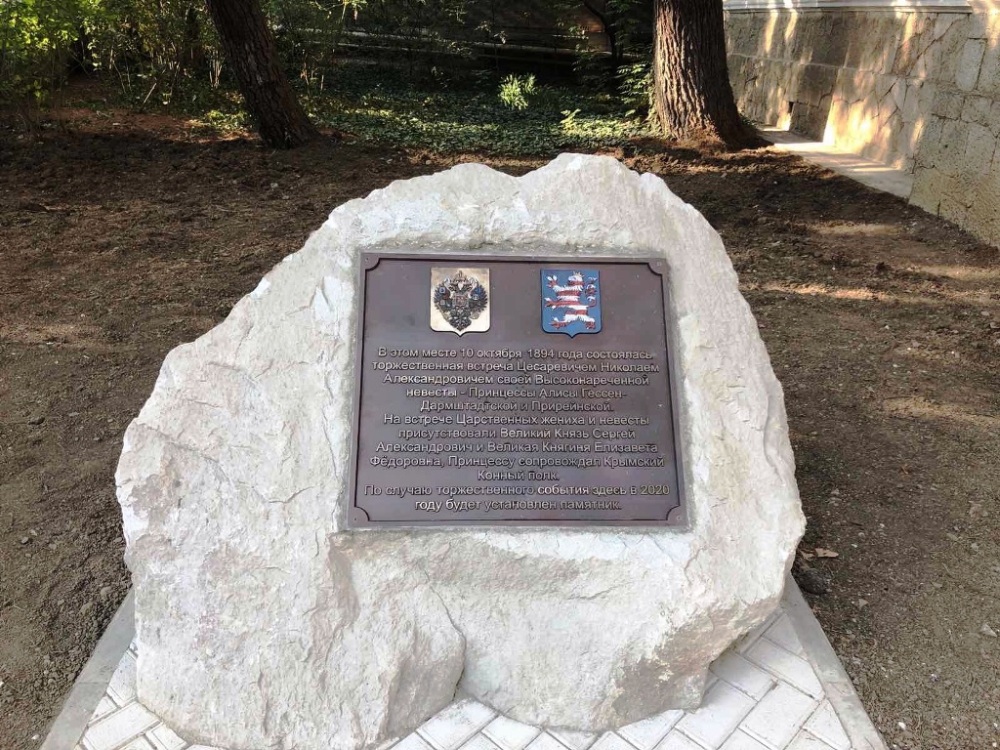 On 20th October 2019. a memorial plaque was solemnly opened in Alushta, at the site of the historical meeting between Tsesarevich Nikolai Alexandrovich and his future wife, Princess Alice of Hesse-Darmstadt, on 10th October 1894.