I am pleased to share the following three videos by Max Bataev, which depict the process of creating this impressive equestrian of Russia’s last emperor and tsar: 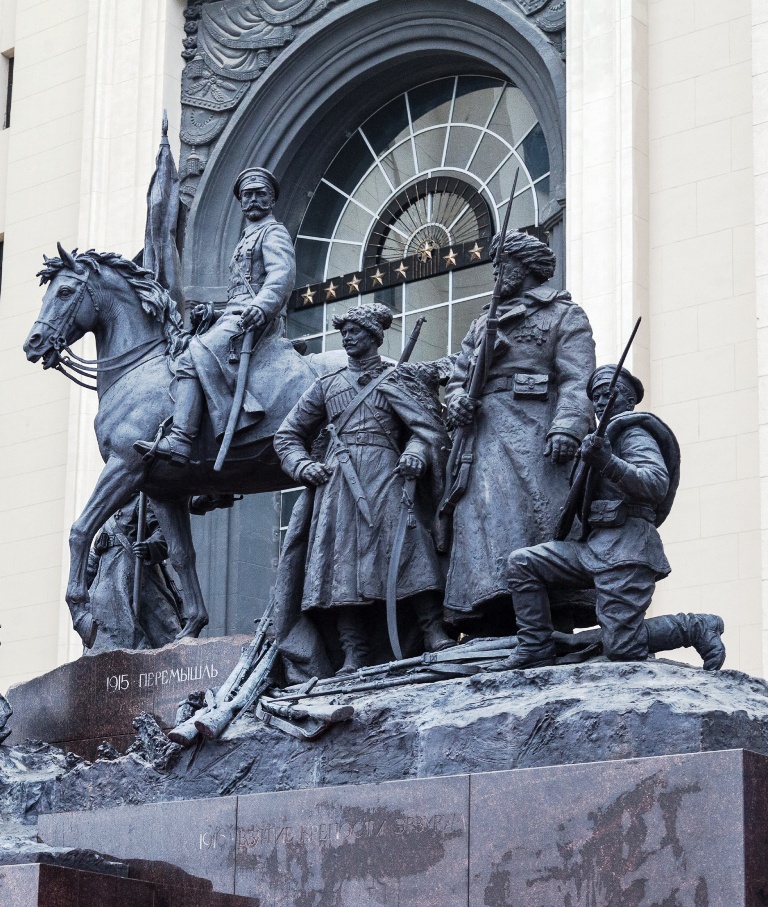 Ministry of Defense on the Frunze Embankment in Moscow

On 16 December 2014, Russia’s Defense Minister Sergei Shoigu opened a sculptural composition dedicated to the heroes of World Wars I and II on the grounds of the Ministry of Defense on the Frunze Embankment in Moscow. The WWI monument features Nicholas II on horseback, recognizing and honouring his efforts during the Great War.