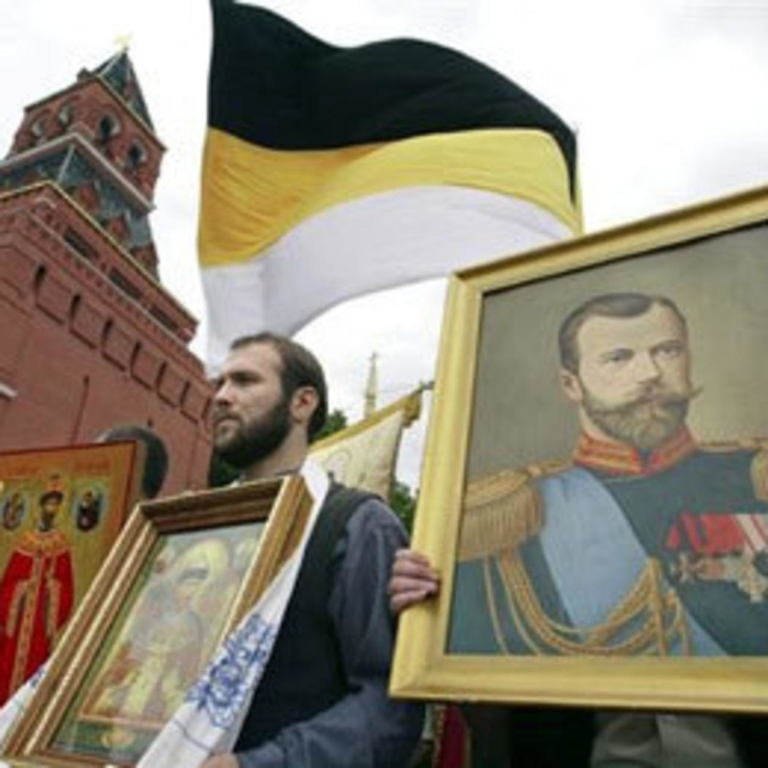 Earlier this month, I announced that I was severing ties with the Russian Imperial House. My post on Facebook generated nearly 700 “LIKES” and more than 200 comments, and remains the No. 1 most widely read post on my Nicholas II blog for 2021. In addition, I received dozens of emails in support of my decision. One letter in particular stood out amongst all the rest. It came from a descendant of the Galitzine family, one of the largest noble houses of Russia.

I always admired your many articles and pictures that you have shared over the years with your readers, but it was a problem for me for a long time in regard to your former stance on Princess Maria Vladimirovna. The whole Kirillichivi line committed acts of treason against the late Emperor Nicholas II from the start. Even during the reign of Emperor Nicholas II, that branch of the family was malicious and constantly fetching plots to undermine the Emperor. After the revolution, the disgraceful actions of the Kyrillichi continued. My mother’s great uncle, Prince Dimitri Galitzine Mouravline who was very close to Emperor Nicholas II, initially supported Grand Duke Kirill, but eventually broke all ties with this family line. In the European emigration, the larger half of the Russian emigrants did not support the Kirillichi. No other Grand Duke or Prince pretended to be heir to the Russian throne. They lived their lives humbly and normally.

You are absolutely correct to say that the Russian Imperial House ended with the murder of Emperor Nicholas II, and there are absolutely no eligible candidates alive today to ascend to the non-existent Russian throne. Should Russia decide to elect a new monarch, they will need to convene a new Zemsky Sobor as was done in 1613 and find a suitable candidate. Emperor Nicholas II had the authority to change the Pauline Laws of Succession, but he chose not to. Thus, to recognize these self serving nobodies as claimants to the throne is like casting a stone against the sainted Emperor Nicholas II. This is a bad farce that is being perpetuated by simple con artists, and it is so sad to say that Maria Vladimirovna was nee a Romanova.

Maria Vladimirovna never had or has any authority to give out titles or awards as she is not and never was a ruling monarch. According to the Pauline Laws, no woman could ascend to the throne in Russia. After Emperor Peter the Great, the Romanov line ended. The Holstein-Gottrop line commenced with Emperor Peter III, and annexed the Romanov name to continue the “legitimate claim” for the throne. However, due to the disputed paternal identities of who fathered who in those days, the only thing that can be ascertained for sure is that the DNA indicates a direct descendant relationship from Emperor Nicholas I to Emperor Nicholas II.

According to stories of those who witnessed the trip of Emperor Nicholas II and his family to Diveevo, the Emperor received a letter from St. Seraphim of Sarov that was written over a 100 years before the last Imperial Family’s visit. The letter foretold of the demise of Russia and of their fate. The family was very saddened and depressed after having read the letter. They lived in fear for many years prior to the revolution, but Emperor Nicholas II (regardless of his short comings or what people said of him) never left Russia or abandoned his post. He met his fate head on and died for his people. He demonstrated great strength and courage to be martyred as did his family. He was a very kind person and I know of things that he did for people near him that showed his compassion and love for them. He also viewed himself as being morally responsible for his family and relatives and as such he exiled and or punished his relatives periodically, but eventually forgave them. This was perceived to be a “weakness” for which certain family members and people mocked him. He was a fun loving, gentle soul who feared God. He did not possess a personality that would have rendered him a despot, so he stayed true to his faith while others took advantage of him.

Being Orthodox and having knowledge about the rulers of Russia, I can say that the 2 key words that best describe the last Russian monarch are “atonement” and “forgiveness”. Emperor Nicholas II believed he had a responsibility to atone to God for the sins of his people and forgive those who would bring harm to him and his people. Most people do not understand this. There could not be a better last Emperor who will remain a Russian Emperor in Eternity other than St. Emperor Nicholas II. This is not to say that he was perfect or was loved by all, or accepted as a martyr, because he like all of us, was a sinner and had many weaknesses. However, God chose him to show His favor on him. God allowed him to be martyred and that says it all.

People are delusional and short-sighted. This is the sad case of Maria Vladimirovna. May God have mercy on her! All must be done for the Glory of God, not for self-serving purposes. Her actions reveal who she really is. Congratulations to you on seeing the Truth.

For privacy reasons, I have withheld the writer’s name – PG