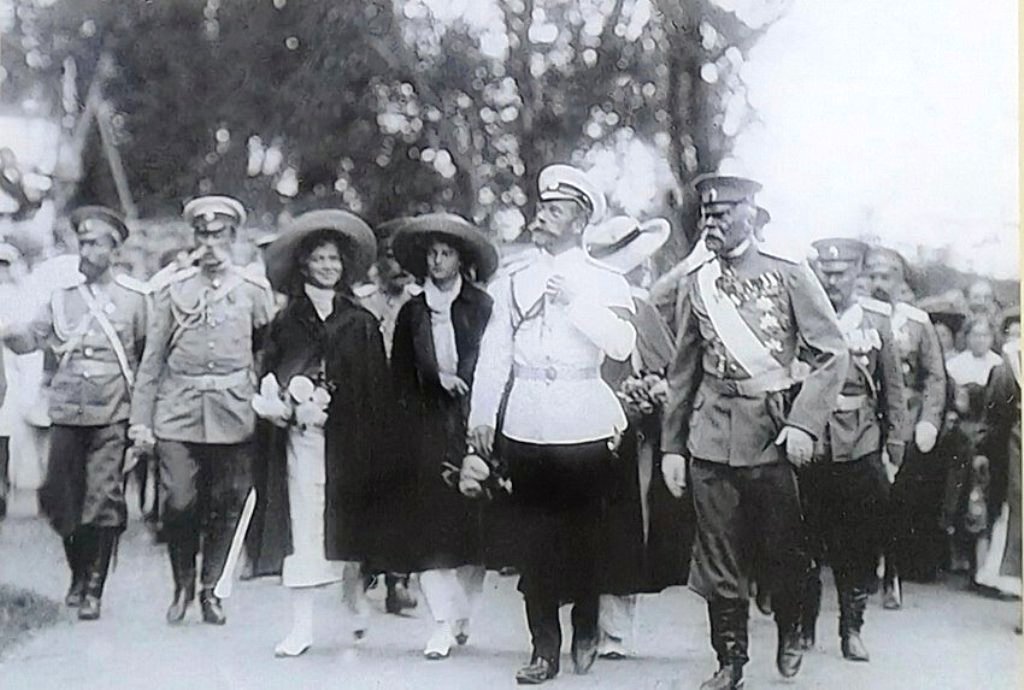 During his visit to Crimea in the spring of 1912, Emperor Nicholas II visited Abkhazia, at the insistence of Prince Alexander Petrovich Oldenburg (1844-1932).

While visiting the region In 1904, Prince Alexander Oldenburg, saw the potential of the region’s sub-tropical climate and decided to build a magnificent high-class resort and the Gagripsh Restaurant there. Having raised a large sum of money – 100 thousand gold rubles – from the government, he constructed a number of other buildings in an eclectic variety of architectural styles from around Europe. A park was laid out with tropical trees and even parrots and monkeys imported to give it an exotic feel.

Prince Oldenbrug also built a palace for himself and his wife Princess Eugenia Maximilianovna of Leuchtenberg (1845-1925) who was paralyzed and therefore moved in a large three-wheeled chair with a white donkey harnessed to it, led by a Cossack. In August 1901, their only son Duke Peter Alexandrovich Oldenburg (1868-1924) married Nicholas II’s younger sister Grand Duchess Olga Alexandrovna (1882-1960). 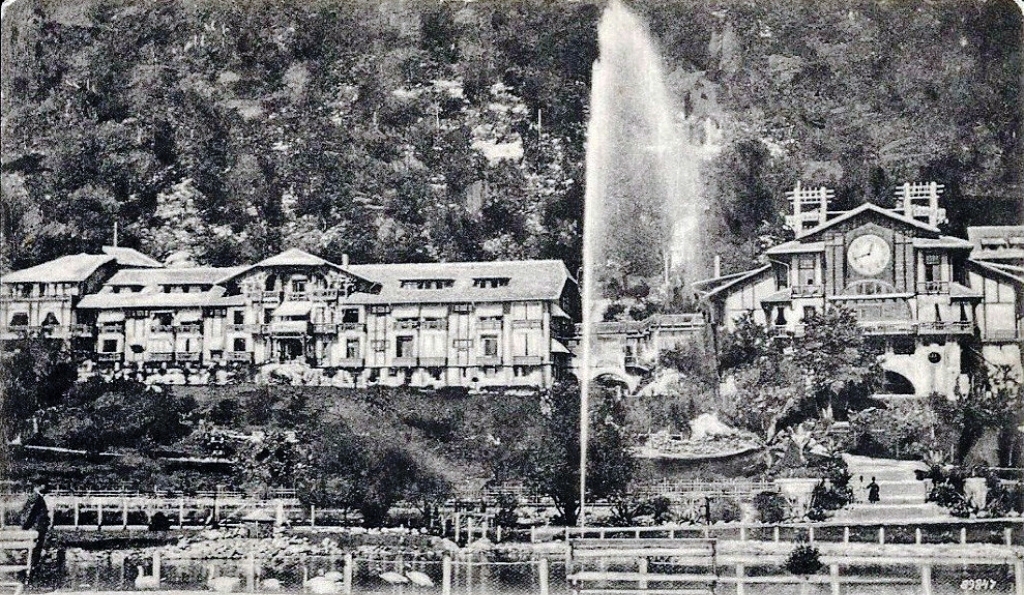 On Tuesday, 15th May 1912, Nicholas II departed Yalta on the Imperial Yacht Standart, and sailed towards the Caucasian coast. The sea was calm and the weather warm. The Tsar’s yacht was escorted by the Russian cruiser Almaz and four destroyers of the Russian Imperial Navy.

During his voyage along the coast, the Tsar wrote in his diary: “before and after breakfast I admired the panorama of the mountains passing by”. On 16th May, the Standart arrived in Gagra Bay at 3 o’clock in the afternoon. 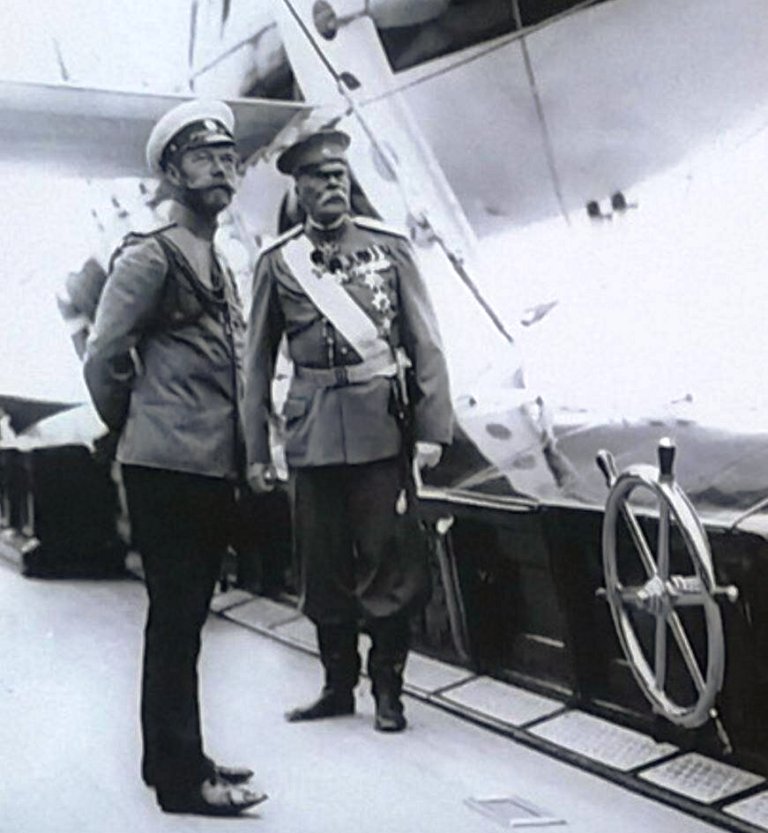 Prince Oldenburg, dressed in full military uniform and orders, arrived at the imperial yacht on a launch and climbed up the steps onto the deck, where he was greeted by the commander-in-chief in the way befitting an officer. Nicholas II, his four daughters, and Oldenburg travelled by launch to the pier, where the Imperial Family and their entourage were met by the prince’s wife, Princess Eugenia Maximilianovna.

The streets were lined with hundreds and hundreds of people, all of whom had long awaited the appearance of the sovereign emperor. The distinguished guests, led by the Prince Oldenburg, went to the ancient church, where a solemn liturgy was held in honour of the arrival of the Imperial Family in Gagra.

PHOTO: Emperor Nicholas II with his four daughters and retinue in Gagra. 1912

In honour of the Tsar’s visit to the region, the Church of St. Hypatius – situated in Abaata Fortress – was restored, at the expense of the Princess Eugenia Maximilianovna. The restoration strictly preserved the buildings’ original appearance, including the decoration of the roof of the church with stone crosses. The famous Russian artist Mikhail Nesterov (1862-1942), was invited to Abkhazia from St. Petersburg, to decorate the walls of the church interior with icons.

Representatives of the Abkhaz aristocracy, together with Alexander Grigorievich Shervashidze- Chachba, the mayor of the city of Sukhum, who took an active part in the preparation of these celebrations, met the emperor with the traditional bread and salt. 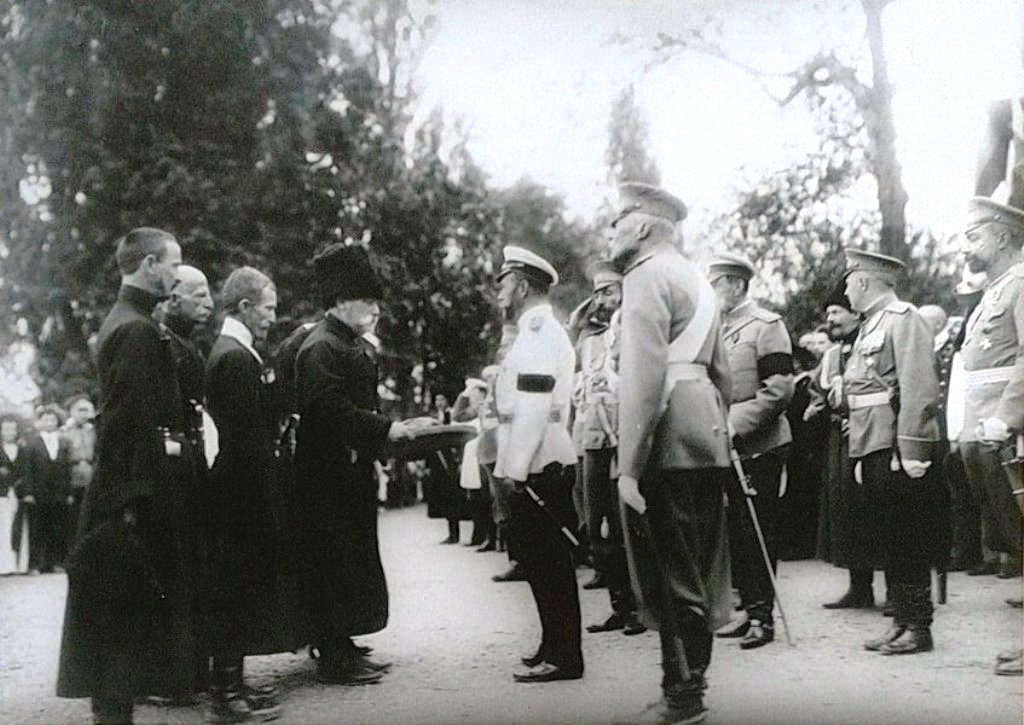 PHOTO: Emperor Nicholas II is greeted with the traditional bread and salt. 1912

The guests proceeded to the Gagripsh Restaurant [the restaurant has survived to the present day, its interiors virtually unchanged from the Tsarist period-PG], where they talked over tea with the prince and representatives of the Abkhaz nobility. They then drove in cars and went out into the park, where a grandiose dinner was held. A large regimental orchestra dressed in white Circassians and the same white hats, was playing in the park. 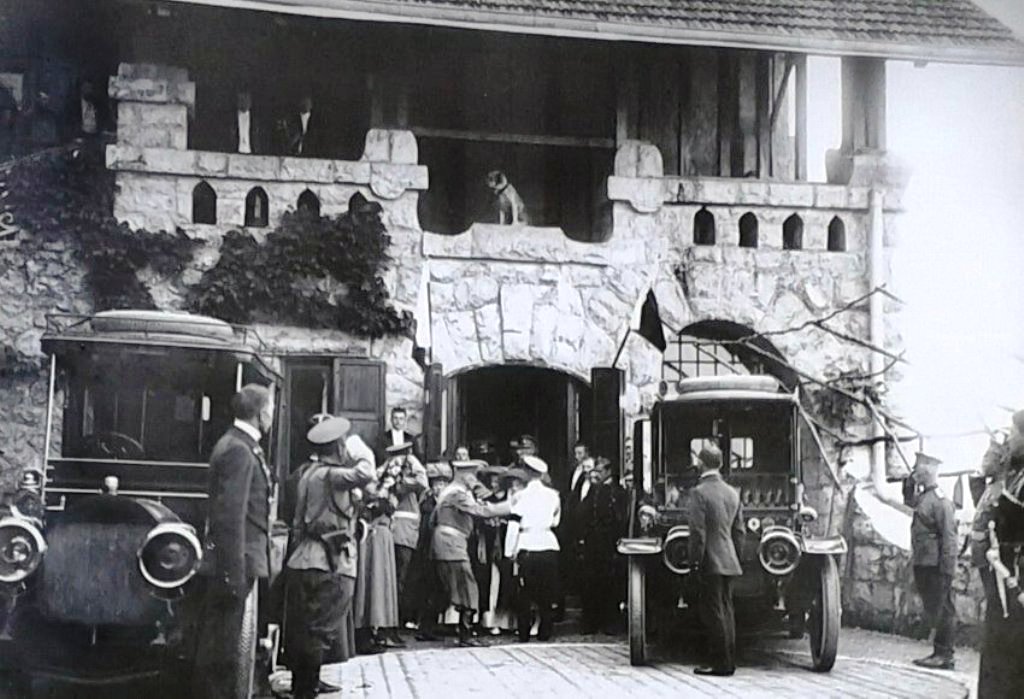 Roasted bulls and lambs, were brought to long tables, covered with white tablecloths, set amongst a vast clearing. Prince Alexander Petrovich Oldenburg proclaimed a toast in honour of Tsar Nicholas II, welcoming him, on behalf of himself and local residents. In response, Nicholas II also raised a toast to the owner of the estate and to the health of the residents of Gagra. Here, at an impromptu concert, the Abkhaz dance was performed for the emperor. 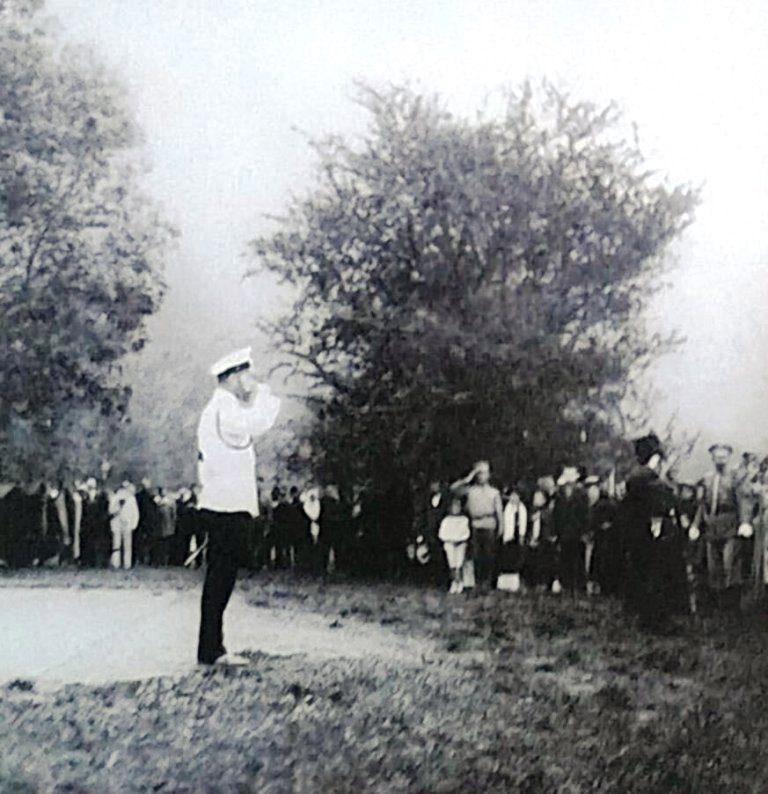 PHOTO: The Tsar raises a toast to Prince Oldenburg and the people of Gagara. 1912

Towards evening, the emperor, his daughters and their retinue bid farewell to the prince and the townspeople, and returned to Crimea on the Imperial Yacht. “It was raining in Gagra,” Nicholas II wrote that evening in his diary.